It is worth reading the very interesting review of the Best European Fiction 2015, edited by West Camel, written on The Guardian by Daniel Hahn.

There are many voices arguing that only art and culture can put the European Union integration process back on its feet and while it is my belief that it is not exactly so, I still find culture and art (literature in this case) to be excellent fuel for getting to know better our European counterparts better and to bond more with the cultures of our Union.

Since the editorial intentions of this blog were to approach and analyse subjects both within and beyond the scope of EU law, I found it worthwile to share the very interesting thoughts of Daniel Hahn on the best European literary fiction.

You may find the review here.

Summary: The European Court of Justice (ECJ) was referred for a preliminary ruling on proceedings that concerned a decision withdrawing the nationality, granted by way of naturalisation that, in turn, would result in the loss of the status of citizen of the Union.

The analysis made by the ECJ started to consider that, according to international law, it is within the competence of Member States to establish the conditions in which there is acquisition or loss of nationality. However, it also acknowledged that the exercise of this power can be subjected to further judicial control, when it affects rights and guarantees covered by EU law.

In fact, it is in the legitimate interest of the Member States to protect and foment the solidarity and good-faith relations among the State and their nationals, guaranteeing their loyalty, relation in which the concession of nationality is based. Accordingly, the ECJ states that EU law does not oppose to a decision of a Member State decision withdrawing the nationality, granted by way of naturalisation, when it was obtained by fraud, and as long as that decision goes through the proportionality test in regard to its consequences and effects in terms of EU law.

It is also relevant to highlight the opinion of the Advocate General which defended that there is a relation of reciprocity between the acquisition of nationality and the exercise of the rights that arise from the Treaty. Accordingly, the imposition of loyalty and good-faith in the process of acquisition of nationality, demanded by Germany, does not violate any EU law provision. Moreover, international law does not prohibit the loss of nationality even when the result is the statelessness.

The decision can be accessed here and the conclusions here.

END_OF_DOCUMENT_TOKEN_TO_BE_REPLACED

In the recent Ferreira da Silva ruling[1], the ECJ was given the opportunity to assess the compliance of the applicable Portuguese legal regime of State liability for damages caused in the exercise of judicial functions with the principles of EU law on State liability.

The facts of the main proceedings took place in 1993[2] and concerned the wound up of a company. After the dissolution, ninety-seven workers brought proceedings to challenge the collective redundancy. These proceedings first took place before the Tribunal de Trabalho de Lisboa (Lisbon Labour Court), and were subject to an appeal, first before the Tribunal da Relação de Lisboa (Lisbon Court of Appeal) and then (an appeal of cassation) before the Supremo Tribunal de Justiça (Supreme Court of Justice, henceforth STJ).  Some of the applicants asked the STJ to make a reference for a preliminary ruling to the ECJ. The problem concerned the interpretation of the concept of ‘transfer of a business’ within the meaning of the Directive 2001/23[3]. The STJ denied the requests considering that there were no doubts regarding the interpretation of the relevant provisions of EU law that could justify the reference for a preliminary ruling[4]. The reasoning of the STJ, the court adjudicating at last instance, was based on the Cilfit ruling[5].

Unsatisfied, the applicants brought proceedings regarding the non-contractual civil liability of the State, arguing that, in its decision, the STJ (i) had erroneously interpreted the concept of ‘transfer of a business’ within the meaning of the Directive 2001/23 and (ii) had not made a reference for a preliminary ruling to the ECJ when such a reference was mandatory under Article 267/3 TFEU[6]. In turn, the Portuguese State argued that, under Article 13/2 of the non-contractual civil liability of the State and other public bodies’ regime (RRCEE)[7], a claim for damages must be based on the prior setting aside, by the court having jurisdiction, of the decision that caused the loss or damage. Therefore, as the decision of the STJ had not been set aside, the damages sought were not payable[8].

END_OF_DOCUMENT_TOKEN_TO_BE_REPLACED

This article starts by presenting a description of the passing-on regime enshrined in the Damages Directive. It argues that national judges need an effective toolkit to successfully deal with issues relevant to passing-on, thereby contributing to the ultimate goal of the Damages Directive: to help citizens and undertakings to be compensated if they are victims of infringements of the EU Antitrust rules. Against this background, in the years to come, the courts of the EU Member States are expected to play a crucial role.

The Directive 2014/104/EU on antitrust damages[1] (hereinafter referred to as “Damages Directive”) seeks to help citizens and undertakings to claim compensation it they are victims of a breach of the EU Antitrust rules. Infringements cause concrete harm and the Directive sets out rules to ensure that anyone who has suffered harm caused by a breach of Articles 101 or 102 TFUE can effectively exercise the right to claim full compensation for that harm[2].

Antitrust law infringements causing an overcharge, i.e. a price increase, can harm not only the direct purchasers of the affected goods or services, but also those who afterwards purchased those goods or services. Quantifying the extent to which an overcharge has been passed on is part of a broader framework: the quantification of harm in competition law. END_OF_DOCUMENT_TOKEN_TO_BE_REPLACED

[This is the introductory part of a comment on the Portuguese elections aftermath, the author will provide further updated analysis on the topic.]

Before the third and final beep sounds – which is in theatrical and operistic traditions the last notice for the foyer to be vacated and for seats to be taken – I must briefly point out that my goals with these contributions and this category are not properly rigorous from a scholar vantage point. Academically strict writings are to be found on Reviews and Essays. What we are looking for here on News and Comments is inter alias to encourage free and open debate, a reflection start-up so to speak. So… take your seats and take part!

i) As in every premiere, it seems only suitable to meta-analyse what lies before us. UNIO Blog comes to stage at just the right time to promote academic discussions involving the European Union and its legal/political system throughout society. In the path of the finest European tradition, the Centre of Studies in European Law of University of Minho (CEDU) deserves a project of this kind due to its acclaimed reputation. Research centres of European DNA are known for their critical autonomy and for spreading ideas, for scientific freedom and for intercultural pluralism. Concerning both their agents and their contents. Know this, all readers, authors, partners and critics, such values are in the core of this blog. They move it.
Some of the greatest journals and reviews of the world keep a platform like this one in order to enhance more informal, open and free considerations amongst their collaborators. Unlike the American experience in which it is absolutely and placidly accepted the express and public defence of a certain line, stream or current of thought as well as its interests´ protection to which the think tank adheres, this space is the respectful democratic house of the most diverse scientific-academic theoretical orientations.

ii) Let´s move to the substantial matter of this comment.
The subject has been on the news. Portugal has been seeing a complex election afterwards situation. Not only politically, but also historically and legally/constitutionally. For the first time in 40 years, – that is since democracy was re-established with the dissolution of the Salazarista regime – the winning party is not able to present a stable government proposal. The coalition between right-wing PSD (89 elected members) and CDS (18) does not hold majority in the Parliament and it has failed to accomplish some sort of agreement (by abstention, for instance) with the Socialists (86) and Leftists (19 + 15 + 2). Altogether the latter group can compound an absolute majority to form the government.
Apart from questions concerning the legitimacy of an alliance shaped only after the elections and the anti-EU agenda of leftist parties, the issue that interests us here is the formation of a new government.

END_OF_DOCUMENT_TOKEN_TO_BE_REPLACED 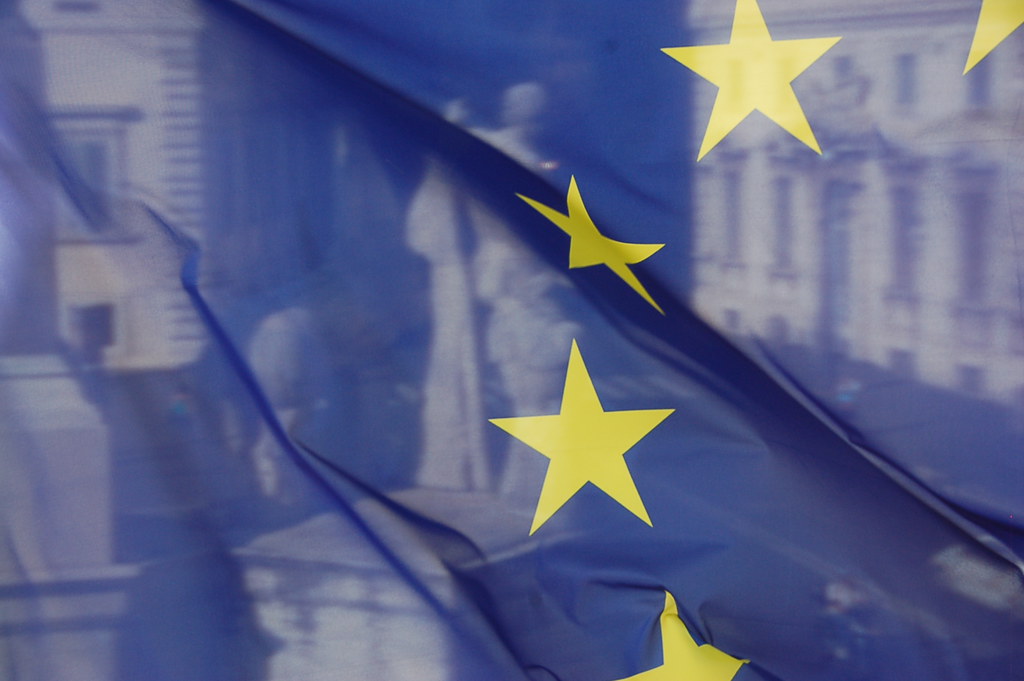 Please find bellow some interesting news on the reactions across EU in the aftermath of the Paris attacks that took place on Friday 13, 2015 .

Europe’s response to the Paris attacks is different this time, via The Economist

To read other news that we shared, on highly debated topics in the EU, please click here. You can also share other links that you might find interesting for thinking&debating Europe, in the comments section.

The European citizenship as the “the fundamental status of nationals of the Member States”[1] has been shaping the process of integration itself. Unquestionably linked to the protection of fundamental rights, European citizenship has always been focused on the approximation of the legal status of the nationals of Member States, providing the legal base to the eradication of legal gaps of protection and, therefore, contributing to the further development of the integration process. However, recent case law of the ECJ seems to be influenced by the current political-economic dynamics that characterise the current crucial momentum that we are facing, raising perplexity and concern when compared to past rulings which compose the jurisprudential acquis in matters of citizenship and fundamental rights – mainly in what concerns citizens that move in the Union seeking jobs and the maintenance of the status of migrant worker.

The Dano ruling of 2014[2] represents a setback in regard to the previous case law of the ECJ regarding the granting of special non-contributory cash benefits to citizens who are not economically active. Despite the fact that, in this concrete case, a residence certificate of unlimited duration was previously granted to the applicant – a fact apparently disregard by this ruling – the national court considered that the main proceedings concerned persons who could not claim a right of residence in the host State by virtue of Directive 2004/38/CE. The ECJ accompanied the reasoning of the national court stating that the access to social benefits is dependent on the residence in the host Member State as set out by Article 7 of the mentioned Directive – i.e. sufficient economic resources and health insurance[3]. The goal would be to prevent economically inactive citizens from becoming an unreasonable burden on the social assistance system of the host Member State[4], or from using the host Member State’s welfare system to fund their means of subsistence[5]. Admitting otherwise, according to the Court, would go against the objectives of the Directive[6].