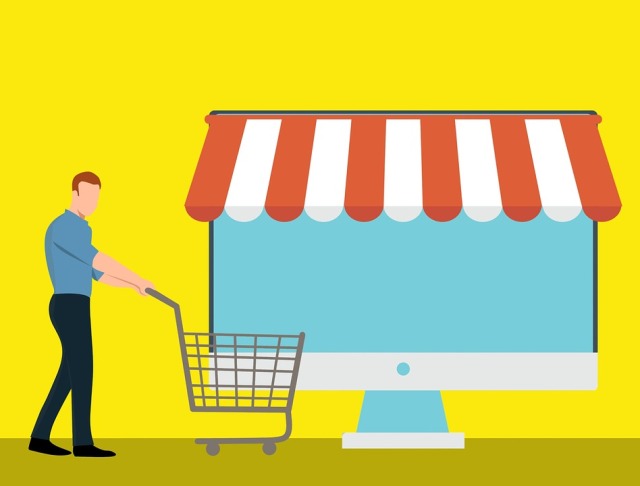 These proposals are the basis of a future reform on consumer sales contracts based on the principle of maximum harmonisation while providing for a high level of consumer protection.

It is already clear that the minimum harmonization approach, adopted by the Consumer Sales Directive (1999/44/EC) [i] has proved not to be appropriate to ensure the proper functioning of the internal market. Member States allowed go beyond the minimum rules, and to impose a high level of consumer protection, have acted on different elements and to different extents. As a result, national provisions transposing the Consumer Sales Directive (99/44/EC) significantly diverge today on essential elements, such as the absence or existence of a hierarchy of remedies. These disparities between the national laws of the Member States constitute one of the major obstacles to the development of the cross-border trade in Single Market given that they may adversely affect business (in particularly small and medium enterprises) and consumers[ii].
END_OF_DOCUMENT_TOKEN_TO_BE_REPLACED 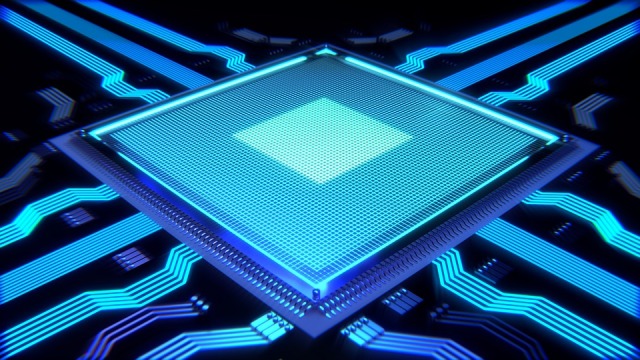 Information and Communication technology (ICT) and digital tools are shaping the way new solutions are being implemented in EU Procedure and justice, in all European Union. In fact, through the Digital Single Market (DSM) political goal, new technological and digital approaches have been adopted and are now being widespread.

Under DSM’s strategy, e-Justice appeared as a paradigm to be settled using a method: the one of interoperability. But this method was also acknowledged by the 2016 e-Government Action Plan as a general principle of EU law: in fact, alongside elder ones such as transparency or efficiency others were settled, truly built on this new digital approach it is being aimed to be accomplished: the one of interoperability by default, the one of digital by default and the once-only principle. In fact, first approaches to stakeholders revealed the importance of the latter since, in an EU settled and developed around fundamental freedoms, economic agents were able to raise awareness among stakeholders of the need to overcome administrative barriers to similar proceedings in different Member States or before the European institutions. In fact, they were able to devise that they had to provide, for as many times as they initiated a proceeding, the same information and documents, when, in fact, the proceeding was similar, the petition was the same… That determined the emergence of the once-only principle, based on the need of reusing data across the EU. However, to do so stakeholders also understood those public services had to work through interconnected databases and operative systems – otherwise, the reuse of data would come difficult and the once-only principle would never get out of the table of intended measures. That was the perfect setting to bet on digital components, considering the first services to start this digitalisation update were public services.
END_OF_DOCUMENT_TOKEN_TO_BE_REPLACED 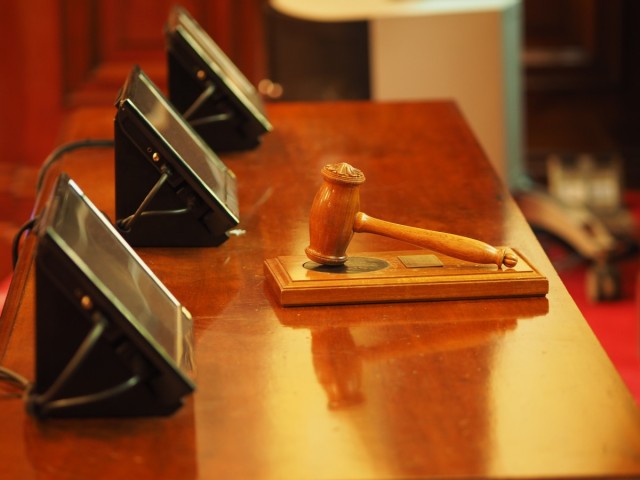 E-justice: e-codex as the interoperable solution to a judicial integration?

Digital Single Market has become a new political calling for the EU as it can promote both economic growth and sustainable development.

Some secondary public interests were devised in order to promote it and to achieve its goals. Then, EU is engaged on delivering those solutions and it is doing so through its shared competences [Articles 2(2) and 4(2) of the TFEU].

On the matter, from early on the European institutions devised interoperability as the method to be implemented – as an ICT concept, “the European Interoperability Framework promotes and supports the delivery of European public services by fostering cross-border and cross-sectoral interoperability”, where judicial services are also included. This interoperability scheme was deepened under ISA2 Programme (Decision No. 2015/2044), standing for “the ability of disparate and diverse organizations to interact towards mutually beneficial and agreed common goals, involving the sharing of information and knowledge between organizations, through the business processes they support, by means of the exchange of data between their respective ICT systems” [Article 2(1) of the mentioned Decision].

Taking this method as a referral, both Member States and European institutions have to be able to interconnect their systems to promote data exchange. This definition entails three main dimensions: a technical, a semantic and an organisational interoperability since it addresses not only the electronic solutions that have to be achieved but it will also impact on the way the involved agents communicate and shape the organisations where they are included.
END_OF_DOCUMENT_TOKEN_TO_BE_REPLACED 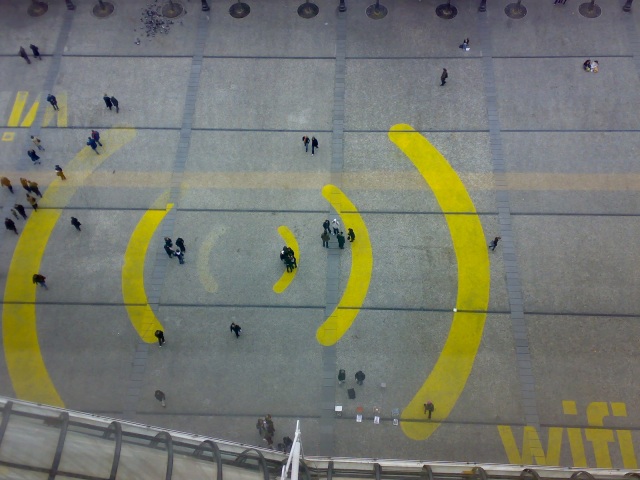 Digital Single Market has become a new political and constitutional calling for the EU since it can promote both economic growth and sustainable development.

Therefore, four researchers – which are, respectively, Editors and Junior Editors of this Blog (Alessandra Silveira, as Scientific Coordinator; Pedro Froufe; Joana Covelo de Abreu, as the responsible for the research deliverable; and Sophie Perez) – were awarded a Jean Monnet Project funding by the European Commission, concerning the theme “EU Digital Single Market as a political calling: interoperability as the way forward”, with the acronym “INTEROP”. This project, with a 2 years’ duration starting on September 2017, is settled on scientific research around administrative interoperable solutions in order to evolve and develop new juridical sensitivities that can rely on interoperable environments, especially concerning debt recovery in the European Union.

Taking into consideration new developments on administrative connectivity, last September 12th 2017, the European Parliament discussed and approved a European Resolution which endorses the necessary legislative alterations, settled on a new Regulation regarding the promotion of Internet connectivity in local communities, universally known as “WiFi4EU”. It will promote the installation of free Wi-Fi spots in public places, squares, municipalities’ facilities, libraries and hospitals. Carlos Zorrinho, a Portuguese Member of the European Parliament (MEP), was the Rapporteur of the resolution, and understood that this solution will promote “neutrality on internet access” despite the geographical location or the economic conditions of the user – “it does not discriminate no one and no territory”. Therefore, “WiFi4EU” is the embryo of the proclaimed European Gigabit Society.

END_OF_DOCUMENT_TOKEN_TO_BE_REPLACED 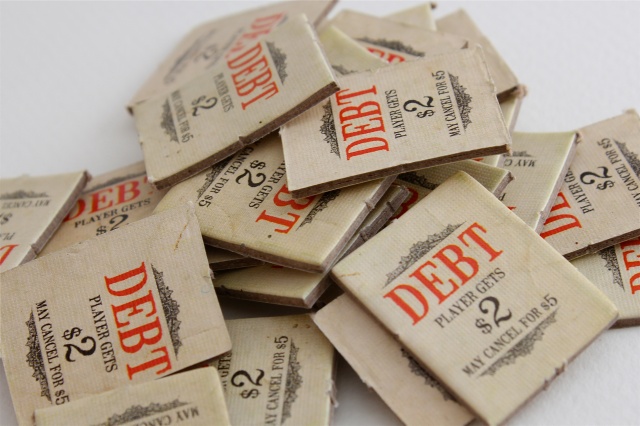 The European Union is now living a post crisis’ recovery and, to achieve that, the Commission understood in its 2013 Citizenship Report the European Union was now pursuing two new goals: an economic recovery and a sustainable growth. To meet those political objectives, the European Union adopted Regulation (EU) No. 2015/2421 which revised both European Small Claims Procedure [Regulation (EC) No. 861/2007] and the European order for payment procedure [Regulation (EC) No. 1896/2006]. In fact, both these instruments were reputed, already in 2013, as being able to definitely influence European economic recovery by boosting Internal Market functioning and delivering better observance of fundamental freedoms by protecting those economic agents that interacted in a cross-border context.

The changes brought by Regulation No. 2015/2421 are applicable since 14th July 2017 and, so, as the courts’ recession is going on – for instance, in Portugal this started in the 16th July 2017 and it will end in the 31st August 2017 – the real impact of these legislative precisions are going only to be felt when the judicial réentrée happens.

END_OF_DOCUMENT_TOKEN_TO_BE_REPLACED 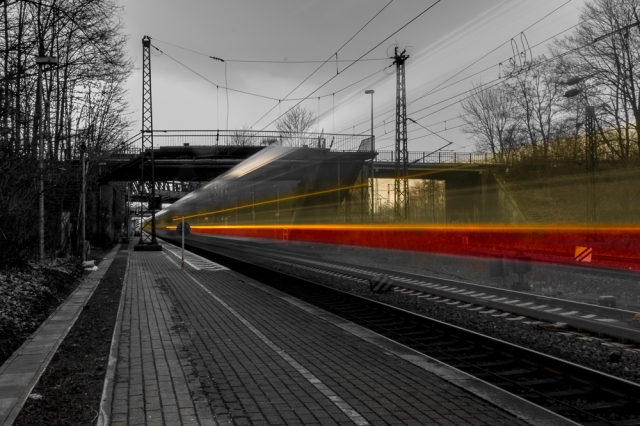 The European Union must not miss the train of a true digital single market that will keep the momentum of its important digital content industry and make it more competitive without losing the essence of European cultural identity.

The Communication from the Commission on a strategy for the Single Digital Market in Europe of 6 May 2015 takes account of this and calls for a comprehensive legislative reform in order to combat fragmentation and barriers in the European digital market, a situation that has been affecting Europe’s leadership capacity in the global digital economy.

The basis for such regulatory initiatives are Article 4 (2) (a) and Articles 26, 27, 114 and 115 of the Treaty on the Functioning of the European Union. There are many topics involved in a comprehensive and integrated single market initiative: data protection, e-commerce, consumer protection, access (broadband and interoperability), competition law, taxation, etc.

From the point of view of copyright, the Commission’s communication on promoting a European economy founded on fair, efficient and competitive copyright in the digital single market, of 14 September 2016, is the instrument that point out the initiatives concerning the protection of copyright in the digital single market. Such initiatives are: the Proposal for a Regulation regulating copyright and related rights for online television broadcasts and rebroadcasts on online TV and radio programs; Proposal for a Regulation governing the exchange of accessible copies between the EU and third countries part of the Marrakesh Treaty; Proposal for a Directive to facilitate access to public works for blind and or visually impaired persons (Marrakech Treaty).

END_OF_DOCUMENT_TOKEN_TO_BE_REPLACED 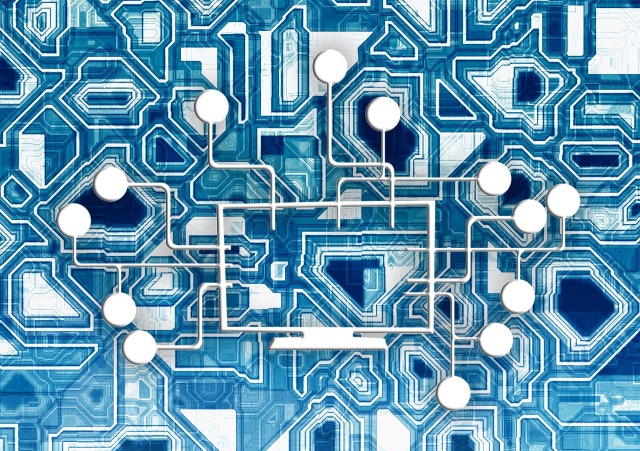 Digital Single Market is one of the major political goals for EU and its Member States since digital tools have shaped, for the past last decade, how economy behaves and how economic growth is relying on IT tools. In fact, digital economy can create growth and employment all across our continent. On the other hand, digital mechanisms cover almost every economic field, from transportation to clothes, from movies to sports since online platforms have the ability to create and shape new markets, challenging traditional ones.

The Digital Agenda for Europe (DAE) is one of the initiatives under Europe 2020 Strategy and it aims to promote economic growth and social benefits by achieving the digital single market. So it is named as one of the secondary public interests that must be pursued by European administration – both national public administrations (when they apply EU law and act as European functioning administrations) and European institutions and, in that sense, especially national public administrations must feel engaged to promote this end and objective, otherwise if those are the ones to firstly resist to innovation, Internal Market adaptation to new framework standards will suffer and economic prosperity in Europe can be undermined.

Therefore, EU has created several mechanisms to foster interoperability solutions that would bring together institutions, national public administrations, companies and individuals. In this context, interoperability stands for “the ability of disparate and diverse organizations to interact towards mutually beneficial and agreed common goals, involving the sharing of information and knowledge between organizations, through the business processes they support, by means of the exchange of data between their respective ICT systems”. It demands and implies an effective interconnection between digital components where standardization has an essential role to play in increasing the interoperability of new technologies within the Digital Single Market. It aims to facilitate access to data and services in a protected and interoperable environment, promoting fair competition and data protection.