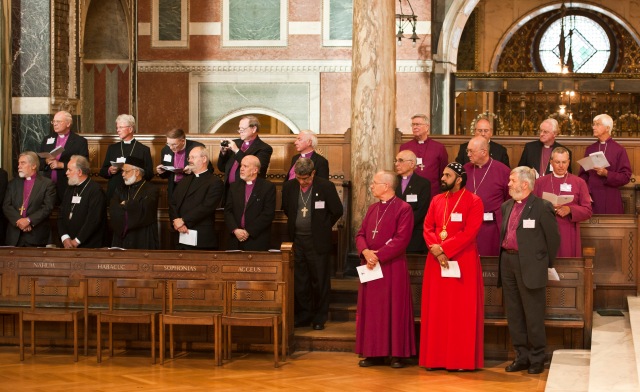 The phenomenon of globalization, contrary to expectations, has made cultural diversity and pluralism even more evident[i]. Because of multiculturalism, States are confronted with an increasing number of conflicts between minority legal orders and their national law, which is intended for the cultural majority.

In this chronicle, based on a recent decision of the Court of Justice of the European Union, we will reflect on a question which, although not new, continues to deserve particular attention since it violates the most basic principle of equality and, in the context of industrial relations, a clear discrimination on grounds of religion.

A request for a preliminary ruling was made about the interpretation of Article 21 of the Charter of Fundamental Rights of the European Union and Article 11, Article 2(2)(a), Article 2(5) and Article 7(1) of Directive 2000/78/EC, which establishes a general framework for equal treatment in employment and occupation during professional activity.

The reference for a preliminary ruling was made in the context of a dispute between Cresco Investigation GmbH and Markus Achatzi concerning the right of the applicant to receive a supplementary compensation in respect of the remuneration paid due to work on a Good Friday.
END_OF_DOCUMENT_TOKEN_TO_BE_REPLACED 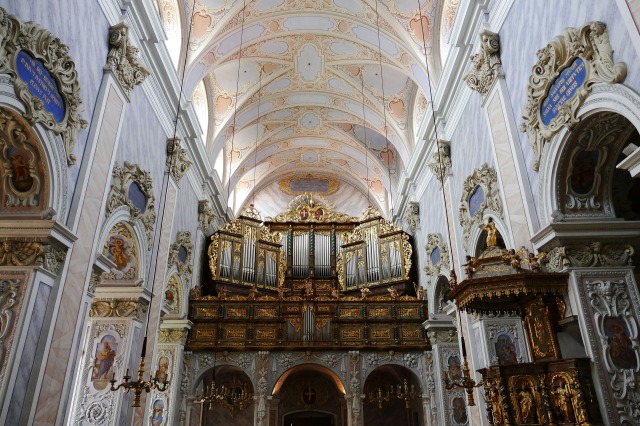 The Court of Justice, final interpreter of the Treaties, has dealt with a broad spectrum of concepts of undertaking, making certain decisions somewhat perplexing to lawyers unsuspicious of the particularity of the concept of undertaking in the context of competition rules. These decisions are still the living proof that competition is at the heart of legal (and political) modeling process of European integration.

On the other hand, regarding the field of state aids, in the Congregación de Escuelas Pisa’s ruling, Case C-74/16, 27th June 2017, the Court of Justice had the important and difficult task of deciding whether the activities carried out by Spanish religious establishments were of economic nature. With this assumption, the Congregación de Escuelas Pías had received an illegal fiscal exemption and this measure is a forbidden state aid in the terms of the Article 107(1).

END_OF_DOCUMENT_TOKEN_TO_BE_REPLACED 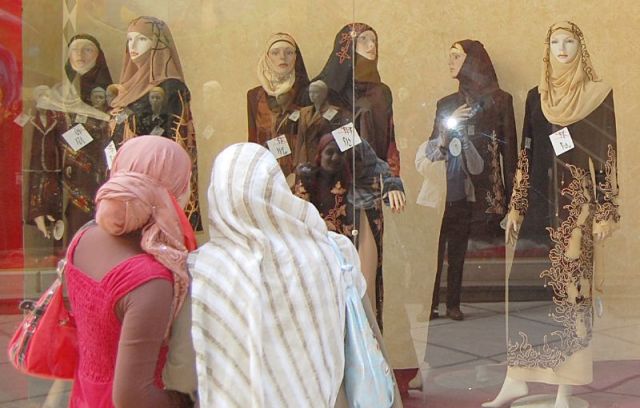 The ban on wearing religious symbols, like the hijab or headscarf, the niqab and burka, is nowadays at the centre of controversies over which limits can be legitimately established for religious manifestations. In recent years, there have been many European countries which, given the strong Islamic presence in their territory, have understood that they should find legal solutions to the heated discussions about the use of women’s religious clothing. Belgium was the first European country in 2010 to ban the wearing of the burka in public spaces. It was followed by France, which, even though it had already adopted a law banning the use of religious clothing or symbols in public schools in 2004, based on the State secularity principle, only more recently extended the ban to the use the burka and niqab in public spaces.

The wide discretion that the European Court of Human Rights (ECHR) has been providing to Member States, in cases concerning religious symbols[i] and their usage limitation may, as well asserted Martinez-Tórron[ii], be the result of the ‘fear’ of propagating of radical ideals, which are harmful to European freedom. This fear, however, does not legitimize the adoption, under false aegis of principles, such as justice or equality of measures restricting religious manifestations.

END_OF_DOCUMENT_TOKEN_TO_BE_REPLACED 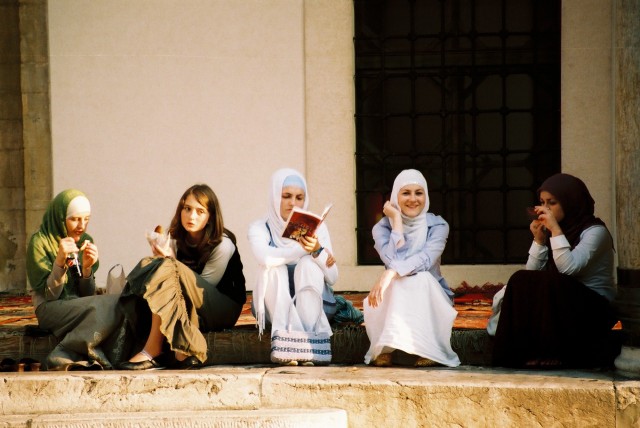 Our editorial of November 2016 related to two preliminary references proceedings at the time pending before the Court of Justice of the European Union (ECJ) concerning the question of religious expression at work and, particularly, the highly sensitive issue of the wearing of Islamic headscarves (and not the full veil) in the workplace. The issues raised in both cases required the interpretation of the concept of ‘discrimination on the grounds of religion or belief’ within the meaning of the Anti-Discrimination Directive – the Directive 2000/78[i]. Let us recall the fundamental questions at issue: is a private employer allowed to prohibit a female employee of Muslim faith from wearing a headscarf in the workplace?; is the dismissal of an employee who refuses to comply with such rules restricting the wearing of religious symbols at work unlawful?

On 14 March 2016, the Grand Chamber delivered both the Achbita (C-157/15) and the Bougnaoui (C-188/15) judgments, two significant decisions in relation to discrimination in employment on grounds of religion. The facts at the origin of each case were slightly different.

In the first case, Ms Achbita started to work for G4S as a receptionist in 2003 and complied with the rule according to which workers could not wear visible signs of their political, philosophical or religious beliefs in the workplace, an unwritten rule at the time. In 2006 Ms Achbita informed her employers that she intended, in future, to wear an Islamic headscarf at work and, in reply, was informed that such intention was contrary to G4S’s position of neutrality. Shortly afterwards, the above mentioned unwritten rule was written down: the workplace regulations thus stipulated that «employees are prohibited, in the workplace, from wearing any visible signs of their political, philosophical or religious beliefs and/or from engaging in any observance of such beliefs». Shortly after the amendment was approved, Ms Achbita was dismissed on account of her continuing insistence that she wished to wear the Islamic headscarf at work.

In the second case, Ms Bougnaoui was informed at a student recruitment fair by a representative of Micropole that the wearing of an Islamic headscarf might pose a problem when she was in contact with customers of the company. When Ms Bougnaoui began to work at Micropole in 2008 as an intern, she was initially wearing a bandana and subsequently an Islamic headscarf. Micropole nevertheless employed her at the end of her internship. Almost a year later, Ms Bougnaoui was dismissed. A customer of Micropole’s with whom Ms Bouganoui had worked informed her employers that her wearing the headscarf had upset some of their employees and requested that there should be «no veil next time». Despite the request of her employers, Ms Bouganoui refused to agree not to wear the headscarf in the future and was thus fired in 2009.

END_OF_DOCUMENT_TOKEN_TO_BE_REPLACED 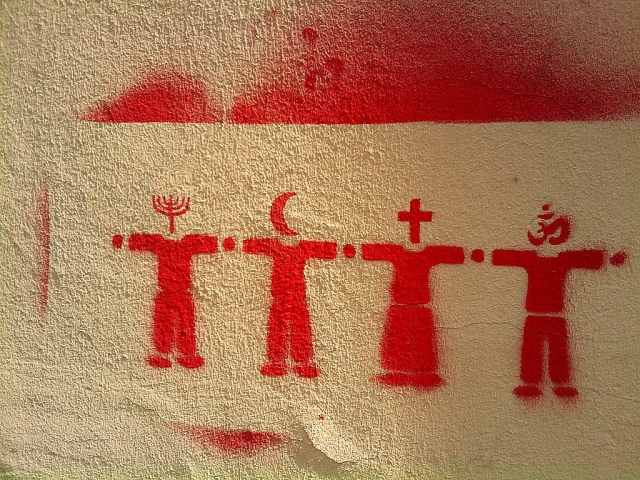 Unveiling the meaning of freedom of religion in the workplace

Two preliminary proceedings are currently pending before the Court of Justice of the European Union (ECJ) concerning the question of religious expression at work. In both cases, Achbita (C-157/15), originated in Belgium, and Bougnaoui (C-188/15), originated in France, the ECJ is called upon to rule on a highly sensitive issue – the wearing of Islamic headscarves (and not the full veil) in the workplace. The questions are fundamentally the following: is a private employer allowed to prohibit a female employee of Muslim faith from wearing a headscarf in the workplace?; is the dismissal of an employee who refuses to comply with such rules restricting the wearing of religious symbols at work unlawful?

It is the first time that the ECJ is called upon to address such questions. In the meantime, both AG Kokott (in Achbita) and AG Sharpston (in Bougnaoui) have rendered their opinions. The issues raised in both cases require the interpretation of the concept of ‘discrimination on the grounds of religion or belief’ within the meaning of the Anti-Discrimination Directive – the Directive 2000/78[i]. Both Advocates General concluded that a ban, such as those at issue in the main proceedings, could be regarded as indirect discrimination: the rules in question, although apparently neutral, were likely to put individuals of certain religions or beliefs at a particular disadvantage by comparison with other employees. Such discrimination may nevertheless be permitted if i) objectively justified by a legitimate aim, such as the interest of the employer’s business to enforce a policy of religious and ideological neutrality, and ii) so far as the principle of proportionality is observed (Article 2/2/b of Directive 2000/78).

However, the Advocates General disagree as to whether such a ban could be found as constituting direct discrimination (Article 2/2/a of Directive 2000/78). According to AG Kokott, a ban such as that at issue in Achbita could not be regarded as direct discrimination based on religion: a company rule prohibiting the wearing of visible signs of religious, political or philosophical beliefs, only creates a difference of treatment between employees who wish to give active expression to a particular belief and their colleagues who do not feel the same need. Thus, Ms Achbita had not been treated less favourably than another person on account of religion directly and specifically. On the contrary, AG Sharpston firstly concluded that Ms Bougnaoui’s dismissal amounted to direct discrimination against her on the basis of her religion as the right to manifest one’s religion is to be understood as an intrinsic part of the right to freedom of religion enshrined in both Article 9 of the European Convention of Human Rights (ECHR) and Article 10 of the Charter of Fundamental Rights of the European Union (CFREU). The distinction between direct and indirect discrimination is relevant as their possible justifications are different. In her analysis, AG Sharpston concluded that neither Article 4(1) of Directive 2000/78, nor any of the other derogations from the prohibition of direct discrimination on grounds of religion which that directive lays down, applied.

END_OF_DOCUMENT_TOKEN_TO_BE_REPLACED

For several weeks following the terrorist attacks in Paris, especially against Charlie Hebdo but somewhat also after Friday, November 13th, the “Treatise on Tolerance” (Voltaire, 1763) was the top best-selling book in France. The correlation between the terrorist attacks and the free exercise of religion is a fallacy to be tackled. Yet, the success of Voltaire´s book is explained by the currentness that the subject of tolerance has achieved. Due to the same reason, a new Portuguese edition of the book was published (Relógio d’Água publishers). Well, assuming the premise that the tolerance, as Voltaire contextually described, stands for a pre-juridical status of acceptance and recognition of the other, then we wonder. What would the present significance of the value of tolerance (article 2, Treaty on the European Union) be, given that alongside pluralism and non-discrimination (among others), it establishes the common axiological grounds upon which the European integration is founded?

In his “Treatise on Tolerance”, Voltaire calls out for the mutual leniency amongst Christians of that time. More precisely, he urges the Catholic France of middle 18th century to bear or to consent the right to profess the Protestant faith. It would be an absolute absurd to intend to lead every man into thinking under a uniform manner about metaphysical issues, he argues. Inspired by the barbarism, the eight judges of Toulouse’s Parliament ordered against the protestant Jean Calas (driven by fanaticism they ruled his torture), Voltaire questions the catholic majority if it would not be possible to tolerate and assimilate Calvinists, rather in the same conditions Catholics are tolerated in London, once the more factions there is, the smaller risk there will be because multiplicity weakens them. Voltaire claims that it becomes permitted to each citizen to practice their faith solely based on their own reason. Moreover, he writes, may each one think whatever this enlightened or misguided mind dictates, as long as public order is not disturbed. It is not a crime not to believe in the mainstream religion, he says, even though the Catholic Church is the “only religion made by God”, all others being “man-made”. Hence, Voltaire´s speech warns to the “terrible consequences of a right of intolerance”. It matters, however, that “men in order to deserve tolerance must begin by not being fanatics”. Fanaticism would be a case in which “intolerance seems acceptable”.