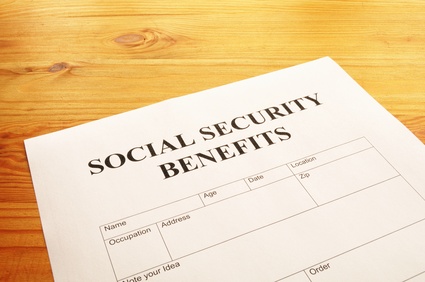 It will become effective on the date the United Kingdom informs the Council about its decision to remain a member of the EU and will require secondary legislation which the Commission will only propose after a successful referendum. Should the result of the referendum in the UK be for it to leave the EU, the set of arrangements agreed by the European Council will cease to exist.

Focusing only on the last section, it should be noted that, following the taking effect of the Decision, the Commission will submit proposals for amending two important Regulations: Regulation (EC) N.º 883/2004 on coordination of social security schemes and Regulation (EU) N.º 492/2011 on freedom of movement for workers within the EU.

These arrangements raise many doubts and perplexities.

First of all, child benefits amounts paid to workers in the same Member State will differ according to the Member State of their children’s residence what seems to be a violation of the principle of equal treatment. In fact, the UK Prime Minister asked for the EU rules to be changed to stop the export of family benefits but this request was deemed to go beyond the limits of the Treaty and a “balanced solution” to address his concerns was found.

Secondly, what does it mean the “conditions of the Member State where the child resides”?

In its Declaration on the indexation of child benefits attached to the conclusions of the European Council (Annex V) the Commission considers that these conditions include the standard of living and the level of child benefits applicable in the Member State where the child resides.

On the other hand, would the indexation be applied both downwards and upwards, so the Member State with lower “conditions” would have to pay the higher amount of another Member State? We will have to wait for the Commission’s proposal to understand how this mechanism is intended to be implemented.

In addition, as from 2020 all workers who already have benefits exported according to the present rules will start receiving the amount adjusted to the “conditions” of the Member State where the children reside. This means that any acquired more favourable rights will be adversely affected without any objective justification.

Finally, it is intended to ensure that the Commission will not extend the optional indexation to other types of exportable benefits, such as old-age pensions. How can we be sure of that? Not only just old-age pensions are mentioned as excluded from the mechanism in the future as the reasoning could be the same regarding an invalidity pension, for example:  why paying the amount of the Member State where the worker performed his activity (and paid the corresponding social security contributions and taxes) if the “conditions” in the Member State of residence are different? Are we opening a Pandora’s Box?

The amendment of Regulation (EU) N º 492/2011 will provide for an alert and safeguard mechanism that intends to respond to situations of an exceptional inflow of EU migrant workers over an extended period of time, including as a result of past policies following previous EU enlargements.

To use the mechanism a Member State would have to show evidence of this inflow and in addition that it is having harmful effects on its social security system, causing serious and persistent difficulties in its labour market, or excessive pressure on its public services. The Member State concerned would notify the Commission and the Council accordingly. The Commission, if satisfied with the reasons and evidence submitted, would make a proposal to the Council that could then authorize the Member State concerned to restrict access to in-work benefits for a total period of up to four years from the commencement of employment. The authorization would have a limited duration and apply to EU workers newly arriving during a period of 7 years.

Also here many questions arise about the compatibility with the principle of equality of treatment, as well as the objective reasons that justify this derogation and the proportionality of the measures to be taken. Let us say that the Commission states from the start (Annex VI attached to the Decision), without any data disclosed, that the kind of information provided by the UK shows that the type of exceptional situation that the proposed safeguard mechanism is intended to cover exists in the UK today and therefore it would be justified in triggering the mechanism in the full expectation of obtaining approval… Which Member States will follow?