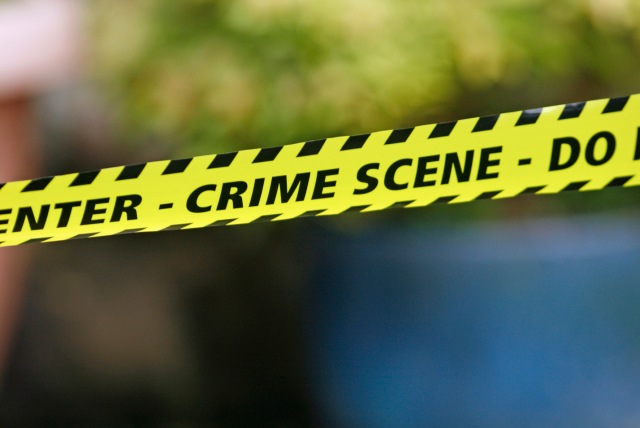 “The creation of a European Public Prosecutor’s Office will enable us to have the missing tools: kick investigations across the Union and exchange of information in real time. The European Public Prosecutor will work together with the Deputy Prosecutors of each of the 17 participating countries and congregate national expertise by coordinating them at EU level. The objective is to create a strong, independent and effective body that develops expertise in the fight against financial crime throughout the EU. The 17 Member States concerned will now move the process forward, hoping that others will join soon. The Commission has always defended the interest of all Member States and this initiative is open to all”, Sharing sovereignty to combat financial crime – Jean-Claude Juncker.

DH-CII (Human Rights Centre for Interdisciplinary Research), in collaboration with CEDU (Centre of Studies in EU Law) and the Union of Magistrates of the Public Prosecutor’s Office, organised, on 18 May at the Law School of the University of Minho, an International Criminal Law Congress about “The new challenges of Judicial and police cooperation in the European Union and the implementation of the European Public Prosecutor’s Office”.

The aim of that initiative was to bring to the discussion the main issues that lie today in judicial and police cooperation, mutual recognition, harmonization and the protection of human rights in the European Union. It also intended to analyse the challenges surrounding the implementation of the European Public Prosecutor’s Office (EPPO). In a special way, a critical and prospective look was taken on the Proposal for a Council Regulation establishing the EPPO under discussion, taking into account the current state of negotiations, the main aspects of substantive criminal law and substantive Criminal proceedings; the Statute and the institutional design of the EPPO (matters of institutional law) and the relations between the EPPO, Eurojust and OLAF.

One of the main issues of the EPPO is the judicial review.

As we know, the negotiations for the establishment of the EPPO have been characterized by longevity and uncertainty, in a constant process of progress and retreat. In January 2017 came out a new consolidated proposal of regulation, which still may be subject to change. With regard to the substantive competence of the EPPO, the European Council adopted on 25 April 2017 the final text of the PIF Directive (combating fraud against EU financial interests through criminal law), to which it will be linked.

Some questions and issues regarding the judicial review:

1) To what extent and model should judicial review exist for the EPPO?
Judicial control is a key area for establishing checks and balances and results from international human rights standards, the assumption of democratic society and the rule of law. On the other hand, it’s not possible to compare the judicial control designed for the EPPO with the existing in the framework of international judicial cooperation in criminal matters. In European judicial space, in particular in criminal proceedings, the rule is the existence of judicial control after the prosecution, when dealing with the receipt of the indictment and its presentation to judgment. However, the most problematic issue remains the pre-trial stage because it presents many differences in the Member States as regards the investigation model and the scope of competence of each of the judicial authorities involved. Against this backdrop, the Regulation adopted a sensible and balanced architecture in Article 23 (1) and (2) of the proposal. In addition to this system, the European Public Prosecutor or the European Delegated Prosecutor should make use of all the instruments at their disposal, highlighting a normative instrument, the European investigation order, in force in the Member States as of 22 May 2017, which will allow the collection of evidence through the Directive annexed forms annexed and two instruments of support, facilitation and coordination, Eurojust and the European Judicial Network, from the experience gained in these areas.

2) The current regime of judicial control is more structured, complete, but not without criticism. In fact, this legal regime puts in crisis the framework established in European law, namely the rule that the European Courts supervise the legality of acts performed by European bodies, while the national courts exercise judicial control over acts performed by the national authorities. In short terms, it’s difficult to conclude that the proposed version, ensuring in the areas referred only competence to the national courts, is compatible with the TFEU. We believe that this will be one of the issues in which the Court of Justice of the European Union will be called upon to make a preliminary ruling on the validity of the EPPO procedural acts, provided that the question raised is based on Union law [Article 36 (2) (a) of the proposal]. In this perspective, will the CJEU be able, in terms of resources and human resources, to respond in a timely manner to such demands? Despite we believe so, such a factor should be considered by the national courts when submitting such requests. More than a model of competing judicial review powers, national courts would function primarily and the CJEU would be the alternative. In view of the foregoing, and with national courts acting as a double standard, as the enforcers of national and European law, we believe that EPPO judicial review could constitute a unique opportunity for emancipation and greater relevance to the case-law of the national authorities.

3) Being a regulation, it takes effect as from its entry into force, without the need for transposition in the Member States. With regard to the jurisdiction of the national courts, acting through the European Delegated Prosecutor, in the Portuguese case, the Prosecutor should follow the territorial jurisdiction rules defined in Articles 19 to 23 of the Portuguese Penal Procedure Code, both with regard to the application of the investigative measures, in the investigation phase and finally in the trial. Our judicial body provides specific investigative and investigative powers to the Central Department of Investigation (Departamento Central de Investigação e Ação Penal) and the Central Criminal Investigation Court (Tribunal Central de Instrução Criminal), respectively, and many of these investigative measures, mainly involving crimes related to the financial interests, such as corruption or money laundering, will pass through these entities. As far as the judgment is concerned, the rules of territorial jurisdiction will have to be followed. In this matter and in the case of crimes of the EPPO competence and his indictment, it could be important to rethink our system, and endow a National Central Court with such competence, even accepting the probable need for constitutional amendment, as enshrined in Article 209, paragraph 4 of the Portuguese Constitution.

4) Is the defined judicial control model a disruptive and resilient architecture?
The conclusion to be drawn, when examined in the context of classical judicial cooperation, particularly in mutual legal assistance and in the main existing instruments based on mutual recognition, and taking into account judicial practice, is that the adopted model of EPPO judicial review, considering the status quo and state of the art, it’s effectively disruptive but only the future and in concrete its functioning can say if it is resilient.

In short terms, since the EPPO regulation and even its existence are not certain, in view of its advantages and disadvantages, this is perhaps one of those situations where a bad agreement is better than a good demand; considering that an agreement, even if imperfect, within the framework of the announced enhanced cooperation, is worth more than a good, endless demand.