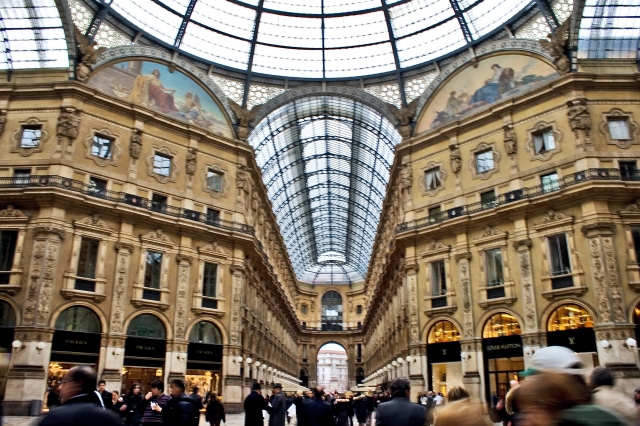 Coty[i] is a much awaited case among competition law practitioners and scholars. This judgement of the Court of Justice of the European Union (CJEU) is expected to be a landmark for the luxury goods industry and will determine how the industry can protect their brands and whether restrictions on certain internet sales can be lawfully upheld.

The judgment will also be of extreme importance for Amazon and similar online marketplaces (such as eBay) who are concerned that internet sales bans will impede the growth of their businesses.

Coty Germany is one of Germany’s leading suppliers of luxury cosmetics who sells luxury cosmetic brands via a selective distribution network, on the basis of a general framework distribution agreement uniformly applied throughout Europe. The agreement is supplemented by other more specific contractual clauses designed to organise the said network.

Parfümerie Akzente has, for many years, distributed Coty Germany’s products as an authorised retailer, both at brick and mortar locations and over the internet. Internet sales are made partly through its own online store and partly via the “amazon.de” platform.

In 2012 Coty presented its distributors with new terms and conditions which would replace the former agreement. According to these new rules, Coty’s distributors, such as Akzente, in order to preserve the luxury image of its goods, would be prohibited from selling on online marketplaces such as “amazon.de”.

As Parfümerie Akzente refused to approve and adopt the new rules, Coty brought an action before the German Courts seeking an order to prohibit Akzente from selling its products via “amazon.de.” platform. The German Court dismissed Coty’s case arguing that the new terms and conditions infringe both German and European Antitrust Law and are, in consequence, unenforceable. Coty appealed this decision to the Oberlandesgericht Frankfurt am Main, the Regional Supreme Court of Frankfurt am Main, which, on its turn, requested guidance from the CJEU.

The national court referred four questions to the CJEU which in fact are very straight forward. In essence, whether the protection of a “luxury image” is a parameter of competition compatible with Article 101 (1) TFEU and whether a prohibition imposed on the members of a selective distribution system to sell via online marketplaces amounts to a restriction of competition by object within the meaning of Article 101 (1) TFEU – and, of course, a hardcore restriction within the meaning of the Vertical Block Exemption Regulation.

In his opinion, Advocate General Nils Wahl resources to logic and common sense to answer the referred questions. First of all, AG Wahl advances the proposition that selective distribution systems are mainly about protecting the brand image of a product, even more so in the case of luxury products. In paragraph 43 of his Opinion AG Wahl argues that “selective distribution systems are, especially for goods with distinctive qualities, a vector for market penetration. Brands, and in particular luxury brands, derive their added value from a stable consumer perception of their high quality and their exclusivity in their presentation and their marketing. However, that stability cannot be guaranteed when it is not the same undertaking that distributes the goods. The rationale of selective distribution systems is that they allow the distribution of certain goods to be extended, in particular to areas geographically remote from the areas in which they are produced, while maintaining that stability by the selection of undertakings authorised to distribute the contract goods[ii]”.

In fact, this is not a new argument. It is established case law. This notion was already present in Pronuptia[iii], a case related to franchising, in which the CJEU had already stated that restrictions aimed at preserving the image and reputation of a brand are not caught by article 101 (1) TFEU.

In paragraph 46 AG Wahl observes that undertakings compete not only on price, but also on quality and innovation, “it should be borne in mind that the compatibility of selective distribution systems with Article 101(1) TFEU ultimately rests on the notion that it may be permissible to focus not on competition ‘on price’ but rather on other factors of a qualitative nature. Recognition of such compatibility with Article 101(1) TFEU cannot therefore be confined to goods which have particular physical qualities. What matters for the purpose of identifying whether there is a restriction of competition is not so much the intrinsic properties of the goods in question, but rather the fact that it seems necessary in order to preserve the proper functioning of the distribution system which is specifically intended to preserve the brand image or the image of quality of the contract goods”.

AG Wahl also notes that the first question asked by the National Court – whether selective distribution networks for the distribution of luxury and prestige goods aimed mainly at preserving the luxury image of those goods are caught by the prohibition of Article 101 (1) TFEU – reflects the existence of diverging interpretations of the judgement Pierre Fabre Dermo-Cosmétique[iv]. In paragraph 46 of the Pierre Fabre judgement, the CJEU seemed to suggest that the protection of the prestigious image of a product “is not a legitimate aim for restricting competition and cannot therefore justify a finding that a contractual clause pursuing such an aim does not fall within Article 101(1) TFEU”. However, as AG Wahl quite rightly notes, in said judgement the Court was not making a general statement on the matter: the reasoning of Pierre Fabre was very much confined to the specific context and circumstances of the case.

AG Wahl goes even further defending his interpretation of the Pierre Fabre judgement and states that if the said judgement were to be interpreted as meaning that a selective distribution system designed to preserve the image of a luxury brand can no longer be exempted from the prohibition laid down in Article 101 (1) TFEU then, this interpretation, would be contrary to the Court’s case law on intellectual property, in particular in the context of trademark law[v].

In my opinion this is the most interesting and innovative part of AG Wahl’s opinion – the use intellectual property precedents to sustain his proposed answer to the questions referred by the German Court. AG Wahl puts forward the notion that competition law and intellectual property law go hand in hand especially as far as selective distribution systems are concerned. This is quite evident if we consider the case of a luxury brand being sold on the same online marketplace as its copycat. These situations result in a substantial loss of the luxury brand’s image as well as of the investment made in the quality, aesthetics and singularity of its products.

The evolution of the internet and the rapid growth of online sales has impacted on our way of life and thus on our traditional distribution systems as well as on the relationship between luxury manufacturers and distributors.

On the one hand we have manufacturers trying to protect their brands’ image from low-cost competition and free riding by restricting online sales, on the other hand we have distributors trying to take all the commercial opportunities deriving from the internet and e-commerce.

This referral to the CJEU will have major practical consequences for online commerce, specifically, for the future relationship between luxury manufacturers and distributors, and the relevant Internet players.

It is evident that clarification from the CJEU regarding the acceptability of these restrictions is much needed, however, depending on the outcome of the court’s decision, substantial revisions of the existing and future agreements between suppliers and distributors might be required.