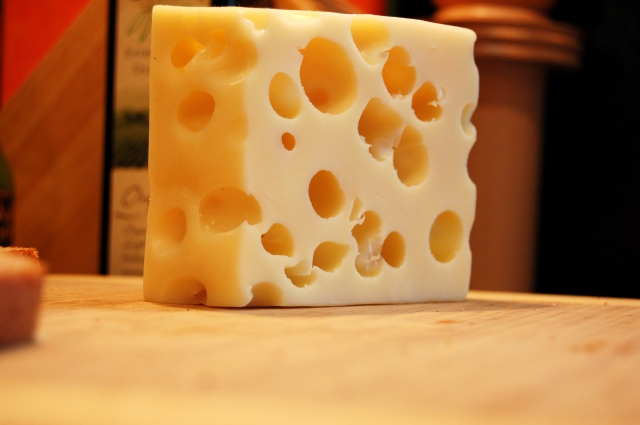 The German Court’s decision on Mr. Puigdemont’s EAW and its similarities to a Swiss Cheese

The European Arrest Warrant (EAW) represented one of the most important developments of the Area of Freedom, Security and Justice whose creation and development with the Amsterdam Treaty became one of the European Union’s objectives.

The EAW abolished the traditional process of extradition and made it simpler for European Member States to request the arrest and surrender of a requested person for the purposes of conducting a criminal prosecution or executing a custodial sentence or detention order.

The EAW is the first concrete measure in the field of criminal law implementing the principle of mutual recognition which the European Council referred to in the 1999 Tampere European Council as the “cornerstone of judicial cooperation in both civil and criminal matters within the Union”.

This is fundamentally where the issue on Carles Puigdemont case arises.

In Mr. Puigdemont’s case the German Court was presented with an EAW issued by the Spanish Supreme Court requesting the arrest and surrender of a Spanish citizen on the grounds of rebellion and embezzlement.

In the short period of two days the German Court refused to surrender Mr. Puigdemont on the grounds of rebellion and thus decided to free him. However, regarding the charges of embezzlement, the German Court requested additional information from the Spanish Supreme Court in order to make a definitive decision on that point of the request.

First of all, I must point out that in fact this decision reveals that there is a clear misunderstanding of one of the most basic and paramount principles of European criminal law: mutual trust. Furthermore, it reveals an evident misunderstanding and misinterpretation of the Framework Decision on the European Arrest Warrant and the CJEU’s case law on the matter. Most important, this decision from the German Court will prevent the Spanish courts from prosecuting Mr. Puigdemont for the crime of rebellion (the most serious of the offences of the EAW).

As I said before, the EAW abolished the principle of double criminality for a list of 32 crimes established in Article 2(2) of the Framework Decision. The crime of rebellion is not foreseen in said list. Thus, according to Article 2 (4) the German Court (as well as any national court facing an issue similar to this) must analyse if such conduct constitutes an offence under German law – in Germany the equivalent to rebellion is the offence of high treason.

In Grundza (C-289/15) the European Court of Justice (ECJ) gave the guidelines on how the principle of double incrimination should be analysed. According to this judgement, the offences do not need to be identical in the two Member States concerned, the competent authority of the executing State “when assessing double criminality, (…) is required to verify whether the factual elements underlying the offence, as reflected in the judgment handed down by the competent authority of the issuing State, would also, per se, be subject to a criminal penalty in the executing State if they were present in that State”.

Furthermore, the Court states that “nevertheless, in assessing double criminality, the competent authority of the executing State must ascertain, not whether an interest protected by the issuing State has been infringed, but whether, in the event that the offence at issue were committed in the territory of the executing State, it would be found that a similar interest, protected under the national law of that State, had been infringed”.

In its analysis the German Court ruled on the substance of the case. Analysing the facts in concreto, the Court found that the violence used during the events which lead to Mr. Puigdemont’s EAW did not put the State or its authority at risk and that such violence was insufficient to question the State’s ability to impose order  – these questions have been discussed elsewhere.

Article 2(4) of the Framework Decision clearly states that executing Member States must not do an analysis in concreto of the offense: “for offences other than those covered by paragraph 2, surrender may be subject to the condition that the acts for which the European arrest warrant has been issued constitute an offence under the law of the executing Member State, whatever the constituent elements or however it is described”.

Furthermore, if the German Court had any doubt which could lead to the refusal to enforce the EAW it has the right and the duty to request further information from the issuing judge [Article 15 (2) of the EAW Framework Decision, Joined Cases C‑404/15 and C‑659/15 PPU Aranyosi and Caldararu).  Instead, the German Court decided unilaterally and ad limine, without giving the Spanish Supreme Court the opportunity of enlightening the German Court’s understanding of the case, showing a serious misinterpretation of the EAW’s purpose and rules as well as the ECJ’s jurisprudence.

In a nutshell, the German Court showed us not only what mutual mistrust looks like but also its very detrimental effects.

Article 2(4) of the EAW Framework Decision is set to remind the executing Member States that they must not undertake a detailed analysis of the case or, even worse, provide with a preliminary final decision of the case. It must limit itself to analyse the facts presented to it by the issuing Member State and find if such fact would in abstracto constitute an offence under their national law.

In a worst case scenario, if the German Court’s view of the EAW becomes a common practice, it could lead to a possibility of forum shopping by criminals who would now start choosing the Member States to which they flee on the grounds of its view of the crime they committed or intend to commit. This decision could and might lead a renewed wave of euro skepticism.

If the Spanish Supreme Court decides to make a preliminary reference to the CJEU (which apparently will be the case) it is clear to me that it will have a strong case. We must now patiently wait for the ECJ to bring some sense into this.