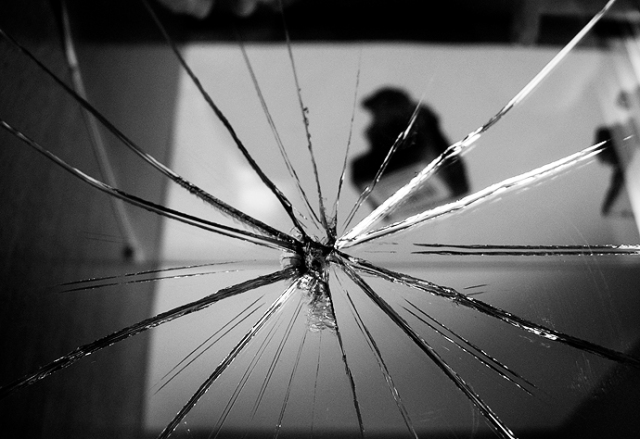 1. Social dumping and binding force of E101 certificate (A1 document)

1.1 The scope of the binding force of E101 certificate

In the fight against cross-border social fraud and social dumping the competent authorities of the host Member State in whose territory posted workers are employed often come up against the binding force attached to the E101 certificates stating that the worker concerned continued to be subject to the legislation of that Member State, and until which date. This binding force has been defined by the ECJ in a well-established jurisprudence[i]. This certificate thus necessarily implies that the other Member State’s social security system cannot apply[ii]. It establishes a presumption that the worker concerned is properly registered with the social security system of the Member State in which the undertaking employing him is established[iii][iv]

1.2 The cornerstone of the binding force of E101 certificate: the principles of loyal cooperation and mutual trust between the EU and its Member States

For the ECJ this presumption of regularity of affiliation derives from the principle of loyal cooperation, set out in Article 4 (3) TEU and its corollary, the principle of mutual trust[v]. Both principles impose on the social security institutions concerned a double reciprocal and interdependent obligation[vi]. Thus, to the negative obligation incumbent on the competent institution of the host Member State (and on all the courts and tribunals of the Member States regardless of the nature of the proceedings brought, whether civil or criminal) not to unilaterally challenge the certificate E101 – its particulars[vii] and not to question the validity of an E 101 certificate in the light of the elements on the basis of which it was issued corresponds to the positive obligation incumbent on the competent institution (issuing the E 101 certificate) to make a proper assessment of the facts relevant for the application of the rules relating to the determination of the legislation applicable to social security and, consequently, to ensure that the information contained in an E 101 certificate is accurate[viii].

1.3 The obligation to use the dialogue and conciliation procedure

2. The binding force of E101 certificate where a court of the host Member State finds that there has been fraud

2.1 The general principle of EU Law of prohibition of fraud and abuse of rights in the framework of the coordination of social security systems

But does the jurisprudence of the ECJ establishing the binding nature of the E 101 certificate apply also where a court of the host Member State finds that fraud has been committed? That is in essence the request for a preliminary ruling made by the Court of Cassation of Belgium (referring court) to the European Court of Justice. The question raised by the referring court in this case is therefore a novel one[xi] and justifies that the Court delivered its judgment in the grand chamber[xii]. From the start, the ECJ has answered in the negative by considering that this case law consecrating the binding force of the E101 certificate must not, however, result in individuals being able to rely on EU law for abusive or fraudulent ends[xiii]. In this way the ECJ considers that there is a general principle of the EU Law of prohibition of fraud and abuse of rights which individuals must comply with[xiv]. Indeed, the application of EU legislation cannot be extended to cover transactions carried out for the purpose of fraudulently or wrongfully obtaining advantages provided for by EU law[xv]. In particular, findings of fraud are to be based on a consistent body of evidence that satisfies both an objective and a subjective factor.

2.2 The concept of fraud: the objective and subjective factors

The objective factor consists in the fact that the conditions for obtaining and relying on an E 101 certificate, laid down in Title II of Regulation No 1408/71 (including the rules of conflict of laws to determine the social security legislation applicable), are not met.  On the other hand, the subjective factor corresponds to the intention of the parties concerned to evade or circumvent the conditions for the issue of that certificate, with a view to obtaining the advantage attached to it. In essence, The fraudulent procurement of an E 101 certificate may thus result from a deliberate action, such as the misrepresentation of the real situation of the posted worker or of the undertaking posting that worker, or from a deliberate omission, such as the concealment of relevant information, with the intention of evading the conditions governing the application of Article 14(1)(a) of Regulation No 1408/71 regarding the posting of workers (entailing the maintenance of the affiliation of the worker to the social security scheme of the home Member State).

2.3 Fight against social dumping and the right to a fair trial before national courts

When, in the dialogue procedure provided for in Article 84a(3) of Regulation No 1408/71, the institution of the Member State to which the workers have been posted puts before the institution that issued the E 101 certificates concrete evidence that suggests that those certificates were obtained fraudulently, it is the duty of the latter institution, by virtue of the principle of sincere cooperation, to review, in the light of that evidence, the grounds for the issue of those certificates and, where appropriate, to withdraw them. If the latter institution fails to carry out such a review within a reasonable period of time, it must be possible for that evidence to be relied on in judicial proceedings, in order to satisfy the court of the Member State to which the workers have been posted that the certificates should be disregarded. But the ECJ emphasizes that the persons who are alleged, in such proceedings, to have used posted workers ostensibly covered by fraudulently obtained certificates must, however, be given the opportunity to rebut the evidence on which those proceedings are based, with due regard to the safeguards associated with the right to a fair trial, before the national court decides, if appropriate, that the certificates should be disregarded and gives a ruling on the liability of those persons under the applicable national law.

[i] ECJ, C-202/97, Fitzwilliam, ECLI:EU:C:2000:75, paragraphs  48 ff. (as long as the A1 certificate is not withdrawn or declared invalid, the competent institution of the Member State to which the workers are posted must take into account that the latter are already subject to the social security legislation of the State where the undertaking employing them is established and that the institution cannot, therefore, subject the workers in question to its own social security scheme); ECJ, C-178/97, Barry Banks E.A./Théâtre royal de la Monnaie, paragraph  51 where the ECJ has admitted that a posting certificate produces, as the case may be, retroactive effects; ECJ, C-2/05, Herbosch Kiere, ECLI:EU:C:2006:69 (the judge of another Member State than the one that issued the E101 certificate is not authorized to disregard that certificate and / or to cancel it if the factual circumstances submitted to his judgment establish the absence of an organic relationship during the posting period between the posting company and the worker).

[iii] However, the probative force of the E 101 certificate is limited to the finding by the competent institution of the applicable law, but is not as such as to affect the freedom of the Member States to organize their own social protection or the latter’s regulation of the conditions of affiliation to the various social security schemes, which continue to fall within the sole competence of the Member State concerned.