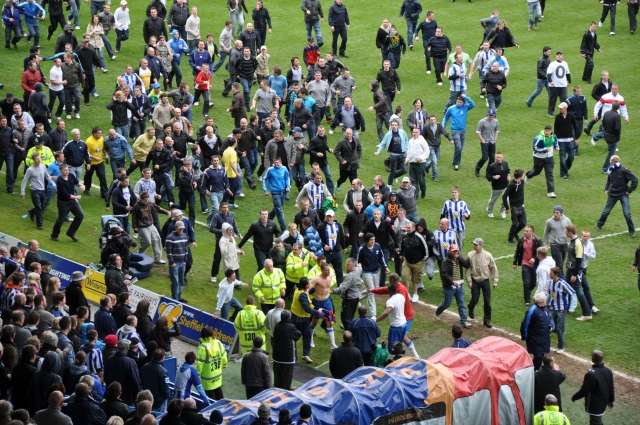 On the occasion of the celebration of sporting events in the European Union of such high magnitude as the (UEFA) Champions League, we must analyze how the Union itself has provided cooperation mechanisms to the Member States in order to eradicate possible violent acts in stadiums, because we all remember the lousy images of the last football games in the 2016 European Championship held in France where groups of ultras coming from different cities started urban wars.

The concerns of the European institutions to eliminate the violence generated by hooligans has its origin in the tragedy of Heysel, in which during the 1985 Champions League final at the Heysel Stadium in Brussels (Belgium) 39 fans died after an avalanche caused by the Liverpool hooligans. Furthermore, we must add that two weeks later another 56 fans died in a football stadium in Valley Parade due to a fire.

These main facts caused a movement of concern in the European institutions to prevent these sorts of incidents, and the Council of Europe approved in that year the European Convention on Spectator Violence and Misbehaviour at Sports Events and in particular at Football Matches, which was modified in 2015 by a more updated one.

In the modified Convention proposed a series of cooperation measures between the different states for the prevention of violence, increase the level of security, information and collaboration between the different police forces, in order to ensure the peaceful development of the sports events. We must not forget that the sport has essential values ​​for the development of the personality, boosting values such as companionship, integration, and other aspects like health. The Convention was ratified by the European Union and serves as support for the initiatives of the Union itself in this matter.

These initiatives begin with Decision 2002/348/JHA which deals with security in football matches with an international dimension. The main objective would be the prevention and fight against the violence perpetrated in football events in order to guarantee the security of the European citizens. Although the decision specifically deals with football matches, it could be extrapolated to other sports in which, due to the violence of the fans, it was necessary to react. Another important element when the Decision came into force would be the exchange of information between the different States, in order to ensure an optimal police surveillance of the event. We should point out that the exchange of information related to sports events is already included in the Council Recommendation of 1 December 1994, concerning direct, informal exchanges of information with the CCEEs in the area of international sporting events.

This exchange of information between European states should be done through an information office that each country would put into operation in order to coordinate and facilitate international cooperation of police forces and the exchange of information from fans that could cause an incident in the stadium, as well as helping the States that are going to host an international competition so they could prevent violent incidents, through facilitating reports of the most important violent groups they have is their own State when they are going to travel to another country. This Decision was slightly modified in 2007 by Decision 2007/412/JHA in order to update its content.

Before the 2007 Decision, we find the Council Resolution of 2001 concerning a handbook with recommendations for international police cooperation and measures to prevent and control violence and disturbances in connection with football matches with an international dimension, in which at least one Member State is involved. In this legal instrument there is included an annex as a guide to redact the reports with the following sections: 1) Management of the information by the police services; 2) Preparation of documentation by the police services; 3) Organization of cooperation between the police services; 4) Cooperation between police services and supervisors of the football federation fans that participate in support tasks and stablishing with them an optimal cooperation; 5) Checklist related to the media policy and the communication strategy of the police and the authorities in major championships and matches; 6) Role of the organizer.

At this moment, the updated working manual is from November 29, 2016 (2016/C 444/01), which includes protocols for the deployment of visiting police delegations, specifications for police identification vests, dynamic risk assessment and crowd management, and categorization of soccer fans.

In addition to these protocols, the new manual contains the exchange of information with non-EU Member States, the support of police operations in the host country, the role of Interpol and Europol in the events, a communication strategy, meetings of experts in security and protection.

All these advances that we see in police cooperation are necessary to protect the safety of any person attending to sports events. We must not forget that more and more people thanks to the transport facilities decide to go to enjoy a football match or an international competition such as the European Championship in another country. Therefore, the Union must be the guarantor of this coordination of support between countries to protect the integrity and freedom of citizens, as well as being an example that in Europe the use of violence is not allowed.

Likewise, the European Union should make an approach in criminal matters so that crimes committed in the field of sport violence are enumerated and punished in the same way by all Member States, which would facilitate the work of the police and security forces of the state and would set a great example for the necessary integration in criminal policy of the Union. One of the basic pillars on which this issue must be supported is the 2011 Communication from the Commission on “an EU criminal law policy: to ensure the effective application of EU policies through criminal law”.