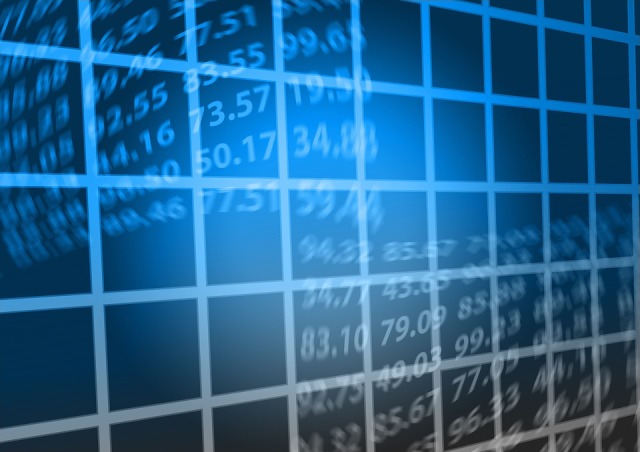 It has been said that digital markets are new and different.[i]  Indeed, competition enforcement reforms have already begun their journey, tackling the unorthodox dynamic of digital markets. Examples include the reforms taking place in Germany.[ii] They have entailed, among others, the possibility of setting up a digital agency, responsible for the supervision of digital markets, whose tasks would include dispute resolution in competition issues.[iii] Becoming vigilant and gathering know-how is certainly a valuable starting point.

Recently, the Council adopted the Commission’s proposal intended to empower Member States’ competition authorities to be more effective enforcers.[iv] It includes reinforcing competition authorities’ investigative powers, including their power to collect digital evidence. Discussion on the unorthodoxy of digital markets and challenges arising from them should take place within the context of the implementation of the Directive, or more generally, within the context of the European Competition Network.

Yet, shifting away from traditional enforcement tools and deeply-rooted principles appears overhasty. In this regard, the following considerations should be taken into account.

First, on a more general note, algorithms are part of the contemporary world but “are not a general crisis”.[v]  New theories of harm and concerns about innovation should be carefully analysed and are certainly not the solutions to all evils.[vi] More than ever, algorithm-driven collusion should be a good reminder for competition authorities to make full use of their toolkit. They should have effective leniency policies in place and take action at their own initiative or on the basis of investigations or complaints to increase the risk of detection.

Second, a call for change as regards the concept of concerted practice seems ill-founded.[vii]

The concept of concerted practice has an important role to play in catching algorithm-related collusion. It may encompass (i) situations where algorithms are monitoring or coordinating tools used together with other alignment methods among cartelists; (ii) competitors’ algorithm release and its download by other competitors; (iii) algorithm’ driven hub and spoke; (iv) independent algorithm providers’ liability for participating in a concerted practice.

Furthermore, the case law on direct or indirect competitor information sharing dating back to 1972 is sound and the ECJ is likely to have due regard to the inherent transparency of digital markets, thus endorsing a strict approach to them.

Third, a forward-looking solution on tacit collusion must have due regard to considerations related to algorithm-driven collusion through autonomous decision-making and artificial intelligence. Whereas frequent price tunings and market transparency ease collusion, there are countervailing factors worthwhile considering, including the possible existence of (i) a large number of competitors, (ii) innovation-driven markets, (iii) low barriers to entry, (iv) pro-competitive use of algorithms, including price heterogeneity, (v) algorithm-driven unexpected results, especially in complex environments populated with other algorithms.

As it has rightfully been said, “the fact that tacit collusion is legal does not mean that it is desirable”.[viii] Accordingly, a merger-only enforcement approach does not suffice, particularly in light of increasing industry concentration.

According to the 19th century Cournot oligopoly model, price is above marginal cost thus resulting in dead weight loss. Hitherto, the legal solution to tackle what, in 1969, Posner called the oligopoly problem has been, as a matter of practice, unsatisfactory. The EU legal order is characterised by unclear and controversial solutions and scarce antitrust enforcement.

A renewed discussion on tacit collusion within the context of digital markets may prompt decision-makers to endorse a more systematic approach, thereby solving long-standing problems.

Ezrachi and Stucke suggest the possibility of destabilising conscious parallelism through state-sponsored algorithms. As the authors rightfully acknowledge, this could generate inefficiencies and distort competition. It is our understanding that State interventions such as this or the breaking up of large firms, disregard the founding principles of liberal economies and State-intervention does not seem proportional.

One should not exclude the possibility of disrupting collusive equilibria by revitalising concepts traditionally linked to tacit collusion.

First, one could consider that within the framework of a market investigation, a competition authority could require companies to disclose their algorithms. Additionally, that authority could impose upon certain undertakings the obligation to meet specific surveillance system or IT requirements, including behavioural remedies such as reducing the speed and frequency with which companies are entitled to adjust prices.

Particularly as regards digital markets, the possibility of limiting the speed and frequency with which companies are entitled to adjust prices, as suggested by Ezrachi and Stucke, would be a less restrictive measure. It should seek to counterbalance automatic pricing and induce competitors to undercut collusive equilibria, drop prices, thereby shifting demand.

Yet, as a matter of principle, the antitrust regulator has been – and should be – the market. Governmental action should focus on eliminating entry barriers, attaining a fair level playing field, and creating conditions for innovation, thereby allowing market forces to operate.

Accordingly, in our view price freezes should only enter into the equation where case-specific factors justify their use, following market investigations. It is our belief that having due regard to the risks of over-enforcement and Type I errors, price freezes should be considered in light of the market structure, under exceptional circumstances, and be as limited as possible in time and scope (in markets with a limited number of suppliers).

Second, a collective-dominance approach should be considered with a focus on exclusionary behaviour. The “special responsibility” imposed upon undertakings, at least since 1983, not to allow their conduct to impair genuine undistorted competition should encompass algorithm-driven tacit collusion, namely algorithm-design and its functioning.[ix]

Note: this post is an adaptation of a previous paper available on European Competition Law Review. [x]

[ii] As far as merger control is controlled, it is worth stressing that a new transaction volume threshold was introduced into German competition law. The transaction-value based merger control threshold is intended to encompass transactions that notwithstanding the low turnover figures of the target company entail a significant impact on competition in the future. This change was aimed at capturing transactions in the digital sector and innovation-driven industries as often innovative start-ups turnover does not meet merger control thresholds, thus escaping competition scrutiny by competition authorities. This concern was raised by the Facebook/WhatsApp transaction which was not subject to merger control in Germany due to WhatsApp’s low turnover. Indeed, the assessment of market power in digital markets ought to be duly considered. In its working paper from june 2016, the German Competition Authority acknowledges that “market shares are deliberately not treated as the most relevant factor in the overall assessment” and that it ought to have regard to the relevance of direct and indirect network effects, the economies of scale, the prevailing types of use on the opposite market side (single-homing/multi-homing) and the degree of differentiation, the access to data and the innovation potential of digital markets. See also, European Parliament, Challenges for Competition Policy in a Digitalised Economy, p. 52 to 57, http://www.europarl.europa.eu/RegData/etudes/STUD/2015/542235/IPOL_STU(2015)542235_EN.pdf (accessed January 2018).

[vi] In a similar vein, Damien Geradin, “Algorithmic tacit collusion and individualised pricing: are antitrust concerns justified?”, (2017) Copenhagen Economics conference: “while it is always important to stay vigilant, there is no reason to give to pricing algorithms more attention than they deserve and to take precipitous action”.

[vii] According to DG Laitenberger: “while the economy and the society change so much, the ground rules of EU competition law remain so stable. They were designed to apply to a wide range of scenarios. They have proven capable of navigating the last 60 years. I should think that they will be able to navigate the next 60 years. This is so because the nautical charts- the fine print- which underpin the direction are continuously refined and adjusted”. See “DG Laitenberger’s CRA Speech (Part I- Agreeing on the Big Picture)”, https://chillingcompetition.com/ (accessed January 2018).