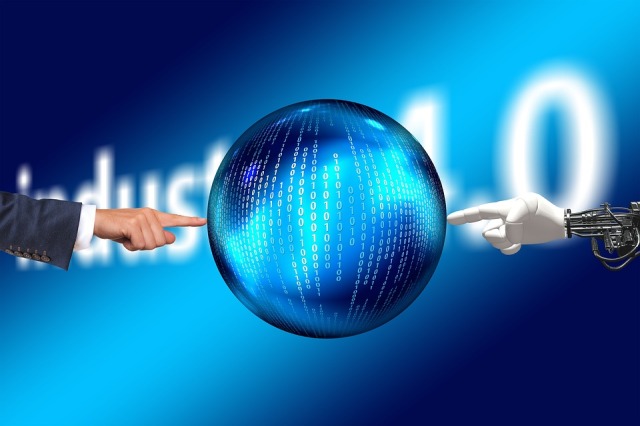 IV Industrial Revolution social challenges. The Law, from discipline to tool? Reflections about the European Union

After World War II comes to a change an historical era. It is about the Present World or Present Time as historians point out[i] , or Anthropocene as geologists name. An era with new challenges and also challenges built on the legacy of the millions of dead of the world wars, totalitarianism, and nationalism.

“It is not a time for words, but a bold and constructive act”. With this phrase, Robert Schuman initiated the press conference that May 9th, 1950, in which he presented the document that would give rise to the current European Union. We Europeans are about to celebrate the 70th anniversary of that date that has allowed us to enjoy many things in peace and freedom.

With the change of the millennium, comes another new period dubbed as a IV Industrial Revolution, Industry 4.0 or Era of Technology. “The traditional world is crumbling, while another is emerging; and while we are in the middle and some of us without knowing what to do”[ii].

In 2016, I directed a summer course at the Menéndez Pelayo International University of Santander[iii] on the Future of Employment that was inaugurated by the Minister of the sector in Spain, in which we began to alert of the social challenges and about the tremendous revolution that came over us. We analysed, among other things, the jobs of the future, the digital transformation of companies, the new forms of teleworking, the role of women in this revolution; and so, we are warning of neologism that was about to appear, probably by regulated sectors without competition. And yes, that moment seems to have arrived.

In January 2019, at the same time as the most important tourism fairs in the world, the taxi sector in Spain has started an extreme strike in which violent episodes are appearing. Technically it is a lockout because taxi drivers in Spain are self-employed. Some leader of the group of taxi drivers calls to fight against “neoliberalism” while appearing the political options (extreme left) that encourage to fight against the digital economy to understand that it is the “economy of the multinationals”. On the other hand, there are consumers and users who once they try the technology-based services do not want to return to traditional models for numerous reasons. Mainly security, transparency, comfort, and adaptation to new ways of life. In the case of the Taxi strike in Spain, users of Social Networks are actively positioned against prohibiting platforms such as UBER and CABIFY.

The Internet facilitated the emergence of a new economic model that was known as a collaborative economy, and which now appears to be called a circular economy. The sustainability and the recycling bet by the use of the products in front of the traditional tenancy or property. Alberto Garzón, leader of the United Left political party in Spain (former Communist Party) calls this model “financialized economy” and encourages actively fighting against it, wielding various reasons. Mainly they do not give jobs to people and they pay taxes outside of Spain[iv].

The Declaration of May 9th, 1950 established that “World peace cannot be safeguarded without creative efforts comparable to the dangers that threaten it”. Those dangers that threatened world peace were disputed between countries. Today these dangers could be the social problems caused by the non-explanation to people of the disruptive changes in the technological revolution.

Law plays a prominent role in human behaviour by being the regulator and guarantor of social relations. Today, it is considered a discipline for all that entails and that we began to study in our first years of university.

In May 2017, an International Summit on Longevity and Cryopreservation was held in Spain to address various aspects of the extension of life and the possible cryopreservation of organs and tissues. The undersigned, as secretary of the meeting, proposed a session on “Legal, ethical and economic aspects”[v] which was a milestone when incorporating the right to a scientific congress that did not address issues of Social Sciences.

The jurists who participated in that Congress made their position clear. That is the era of the IV Industrial Revolution was necessary to advance the study of law as a discipline and begin to analyse it as a tool. A tool that would serve to promote the creation of added value within a social, sustainable and circular system. At least, the possible Luddite or Negationist movements could make us return at least to the cold war and telefax era. And this is where the European Union could play a great role in accompanying people in the great social transformation that comes with the arrival of artificial intelligence and autonomous algorithms.

Mady Delvaux MEP has been pushing for years that the European Union deals with issues such as civil rights, algorithms, and robots. Many of us think that the concept of digital personality should be included in the curricula of law schools, at least since there is automatic and autonomous learning.

This could be one more of the concrete achievements that create the de facto solidarity between the States that make up the Union and that were raised in the Declaration of May 9th: The digital unit of the European Union, in exponential progress, without abandoning nobody, and struggling with training against the technological gap.