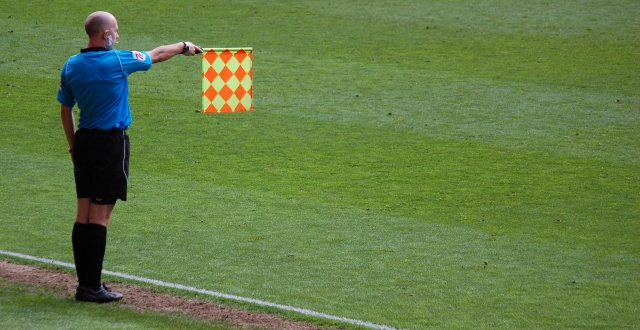 Today (almost) no one doubts that football not only is the star sport in Europe (without detracting from all the rest) but also has become an industry that generates millions of euros around sports clubs[i]. This circumstance increased throughout the 20th century but it became especially marked in the 90s and the beginning of the 21st century when the income of sports clubs in this field increased the most. There have been many actions that have contributed to this phenomenon (the professionalization of the major leagues, the updating and improvement of European competitions by UEFA[ii] or the consequences of the freedom of movement of workers athletes within the European Union with independence of his nationality thanks to the famous Bosman case[iii]).

In this sense, shortly after the accession of Spain to the then European Communities, a new sports law was passed in this country[iv]. Through this law the figure of the SAD (Sports Public Limited Companies) was created as a variant of the typical corporations of commercial law. Under the praiseworthy purpose of providing greater control and transparency to the structures of professional football, the Law established a kind of punishment or sanction for “indebted” clubs, forcing them to adopt the legal form of SAD, which theoretically guaranteed a better and clearer future performance while allowing the “healthy” entities to continue competing under the legal associative form of the sports clubs.

Obviously, this law (legally binding) forced almost all of the clubs that played in the first and second divisions, to change their commercial nature which entailed a change in taxation, both in terms of modality and quantity. But, as in the epic of the cosmological struggle between the Greek gods and the Titans, the heavyweights of Spanish football (and why not say it, European and international), Real Madrid CF and FC Barcelona, ​​and two of the historical clubs,  Athletic Club (Bilbao) and the Club Atlético Osasuna (Pamplona) did not adapt into the new law. [v]

If we start from the basis that a corporation is a mercantile figure and that it therefore has the legal status of a “company”, it is not necessary to emphasize that it is understood as such that all those mercantile companies in which the capital divided into shares is integrated by the contributions of the partners who are not personally liable for its debts.

This leads to the fact that in 2013, the European Commission considered that an anomalous situation was occurring, contrary to EU law. Although the Commission did not dispute the legality of the legal form of the affected clubs, but rather the possibility that they had not become a SAD had benefited them fiscally to the point of constituting an aid not covered by competition law. Thus the EU competition authorities considered an action of the Spanish State (its action is analyzed and “judged” not by the clubs), to have the effect of harming EU market[vi].

Finally, The Commission found that by Law 10/1990 Spain has unlawfully introduced an aid in the form of a corporate tax privilege for Athletic Club Bilbao, Club Atlético Osasuna, FC Barcelona and Real Madrid CF in breach of Article 108 (3) TFEU. That aid was not compatible with the internal market. Accordingly, Spain had to end this selective treatment of the four clubs and to recover from them the difference between the corporate tax they had actually paid and the corporate tax to which they would have subjected, had they had the legal form of a sport limited company, as of the tax year 2000. Spain has to recover the incompatible aid granted under the scheme from the beneficiaries and also to discontinue the scheme with effect from the date of adoption of the Commission’s decision[vii].

Obviously, the affected clubs were not at all in agreement, with FC Barcelona see laving annulment of the decision before the General Court.

In support of its action, the appellant essentially contended that there had been a breach of Article 107 (1) TFEU, first because of an error of the Commission’s assessment of the existence of an advantage and, secondly, of a breach of the principle of sound administration in examining the existence of that advantage[viii];  It should be recalled that “aid measures” are those measures which, in any form whatsoever, are likely to directly or indirectly favour undertakings or which must be regarded as an economic advantage which the recipient undertaking would not have obtained under normal market conditions[ix]. Several cases law also remind us that  the concept of “aid” includes not only positive benefits such as grants, but also interventions that, in various forms, alleviate the burdens normally placed on a company’s budget and which, without being subsidies in the strict sense of the term, are of the same nature and have identical effects.  In this respect, a measure by which the public authorities grant some companies favourable tax treatment which, although not involving a transfer of state resources, places the beneficiaries in a more favorable financial position than that of the other taxpayers constitutes a State aid within the meaning of Article 107 (1) TFEU.

The main question for the Court was the following:  Does Law 10/1990, while reserving the benefit of the legal form of a non-profit entity, and therefore the tax regime associated with it, to the four football clubs falling within the scope of the exception, not contain any provision of a fiscal nature and thus leaves intact, in particular, the content of the tax regime of non-profit entities, governed by separate texts?  It followed that the measure in question boiled down to a tightening up in the Spanish professional sports sector of the personal scope of the non-profit entities’ tax regime. In consideration of the benefit of the preferential tax rate cannot be separated from that of the other components of the non-profit tax system.

Although different, the rates applicable in the historical territory of Biscay (Spain), on the one hand, and in Navarre (Spain), on the other (where two of the four clubs referred to in the contested decision are established) are also lower when the subject club is a non-profit entity. It is therefore true that the four beneficiary clubs of the scheme at issue were, during the period in question, charged a preferential nominal tax rate in relation to the clubs operating in the form of SAD.

The General Court appreciated that, in the present case, the mere finding of conditionality of the benefit of the tax deduction was not sufficient to satisfy the requirements set out in the preceding paragraph. On the one hand, a tax deduction is in itself capable of constituting aid. Consequently, a difference between tax deduction ceilings may being include an element of aid which justifies notwithstanding its conditionality, it is taken into account in the context of the examination of the existence of a benefit deriving from contentious scheme. On the other hand, if the realization of investments justifying the benefit of the tax deduction is not necessarily data likely to be repeated “continuously”, it is the same for the realization of profits.

And now comes the “video assistant referee” – “VAR”, (the General Court) and it will begin to cancel the goals of the European Commission to FC Barcelona:

But…
It follows again that the findings made by the Court in paragraph 50 of its judgment were not, contrary to the Commission’s submission, capable of being transposed to the present case.

So, when the Commission thought it had won the match, the VAR nullified the goal and Barcelona kept the score as a draw, but in this case the draw favours the classification of FC Barcelona in the next phase and by carambola effect gives a break to the Real Madrid, at least, at the moment.

The doubt that we will not be able to solve just as neither UEFA nor the VAR will ever do is the eternal suspicion of whether – unlike in theology – in this case Goliath never will be shot down by David. Or in other words, to what extent some soccer clubs are more powerful than many sovereign states …

[i] See the last review by Deloitte “Annual Review of Football Finance 2018” https://www2.deloitte.com/uk/en/pages/sports-business-group/articles/annual-review-of-football-finance.html

[ii] The competition was renamed to UEFA Champions League for the 1992–93 season, undergoing some diverse changes of marketing and TV rights thanks to the partnership of UEFA and TEAM Marketing AG.

[v] At this time the teams were not welcomed either Levante Unión Deportiva (Valencia) and Hércules de Alicante CF (Alicante), although in 1994 they would end up becoming SAD.