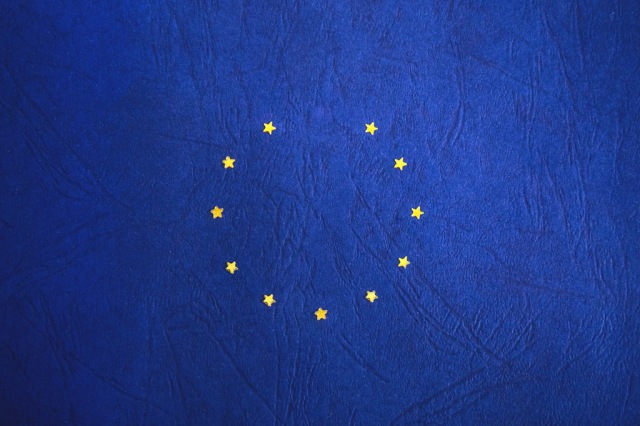 If there are two words that characterise the sentiments of many British-based academics anticipating Brexit, they would be ‘uncertainty’ and ‘sadness’. In the widest sense, there is uncertainty about the future of the EU as a project, and the place of non-British EU citizens living in the United Kingdom. Since the referendum result, the careers and livelihoods of those who benefit from EU research funding and collaboration and/or whose expertise lies predominantly or exclusively in areas of EU law have been marred by fear and doubt. Within the legal profession, for example, UK lawyers face an uphill challenge of seeking admission to a second Bar or Law Society, such as in Ireland, to enable them to continue enjoying the freedom to provide their services within the EU. Within legal academia, there is much speculation surrounding the furtherance of existing research projects, and recent studies suggest that collaborations and funding are at risk of termination as a result of the referendum. In addition, there is uncertainty over whether a post-Brexit Britain will retain a migration stream for academics which would match the free movement principles in terms of its encouragement of cross-border movement. For many, it is not just the professional difficulties that may deter academics from working in Britain. Some also have considered leaving Britain as they fear (or have already experienced) a rise in racism and xenophobia, a problem which may also discourage others from seeking work in Britain. More widely than this, there is fear of increasing and unchecked populist politics and anti-immigrant sentiment in the United Kingdom, an apprehension heightened because of Britain’s unadulterated majoritarian democracy in which EU law with its extensive judicial controls has heretofore performed an enforceable moderating influence. Uncertainty also mars the student experience. British universities have, and continue to, benefit financially and culturally from the many EU students who come to Britain every year to study. Reports suggest that the numbers of EU students applying to British universities has dropped since the referendum, and existing students have had to receive assurances as regards their position. Equally affected by this uncertainty are those British students wishing to participate in Erasmus programmes (a programme which has already benefitted over 200,000 British students).

It is not altogether evident if, when or how Brexit will be triggered. Once the process begins, and some clarity on these pressing issues emerges, uncertainty will be overtaken from our perspective at least, by a pervading sense of sadness. Even now there is a profound sadness that such vital opportunities have been lost and that future generations will not benefit from the same cultural and educational experiences that we have all enjoyed. Sadness also pervades that a great outward looking and prosperous Britain, the country that has been a by-word for openness, inclusivity and pragmatism, the country that presented such a modern face at the London 2012 Olympic Games, could commit an act of such unprecedented self-harm.

On the other hand, every cloud has a silver lining. Notwithstanding the uncertainty and the challenges raised by the UK’s decision to leave the EU, the current debate on Brexit and Britain’s post-Brexit relationship with the EU may provide EU law research, scholarship and teaching at UK universities with new opportunities to make an impact on politics, law-making, business and society. Firstly, Brexit is bound to take a few years to be negotiated, completed and take effect; in the meantime, EU law will fully apply to the UK and its citizens, residents or businesses, although any domestic statute that might be adopted in the context of a phased withdrawal from the EU, and breach or expressly repudiate the EU Treaties, EU legislation or the European Communities Act 1972, would be unlikely to attract the same consequences as it would have done had the UK re-affirmed its continued membership in the EU.

Secondly, given the long and deep integration of EU law into domestic UK law, there will not only be transitional arrangements but it is very likely that similar or comparable domestic UK legislation is adopted in a wide range of fields that have already been heavily influenced by EU law. These may include data protection and privacy law, media and broadcasting law, healthcare, social security and welfare law, consumer law, environmental law, employment law, company law, competition law or equality law to name but a few. As reported in FT, the UK civil service has just begun the enormous task of mapping every law in the nation that derives from the EU. “Whitehall has only once seen something comparable and that was when the UK began negotiating to enter the European Economic Community in the 1970s. But even on that occasion, there was far less of government involved because the policy areas in play were mainly agriculture, fisheries and trade. Today, the business of most Whitehall departments has some EU angle — and for some the EU is absolutely core.”

Thirdly, and more importantly, the UK government is keen to negotiate a trade agreement with the EU. This is very likely to include a lot of the EU single market provisions and laws or policies, which will therefore still be relevant or applicable in the UK or the UK-EU relations,  including goods, services, capital, establishment of professionals or companies, and UK co-operation in EU security structures to name but a few. The UK is also keen to negotiate a deal or impose restrictions on free movement of persons, one of the fundamental freedoms of the single market, with the emphasis on preventing welfare benefit tourism, taking back control of immigration or introducing some level of control over free movement of labour.

Last but not least, even if there were no agreement on the relationship between the UK and the EU post-Brexit – a highly unlikely scenario – EU law and related scholarship and expertise would, in any event, remain relevant and in high demand for the years to come, as the EU constitutes the UK’ s largest trading partner. However, students, scholars, practitioners, law- or policy-makers and judges may have to pay closer attention to the European Court of Justice because of the potential divergences between UK and EU case law that a Brexit might facilitate. As Professor Catherine Barnard, from the University of Cambridge, commented: “If there is a Brexit, much depends on what is put in its place. If it is the Norway option, students will still need to study EU law; much will continue to apply, especially the law of the single market. And even if there is no alternative arrangement in place, the EU will continue to be our biggest trading partner and so many EU rules will continue to apply.”

Time can only tell whether any Brexit opportunities will outweigh the inevitable challenges, uncertainty or introversion.