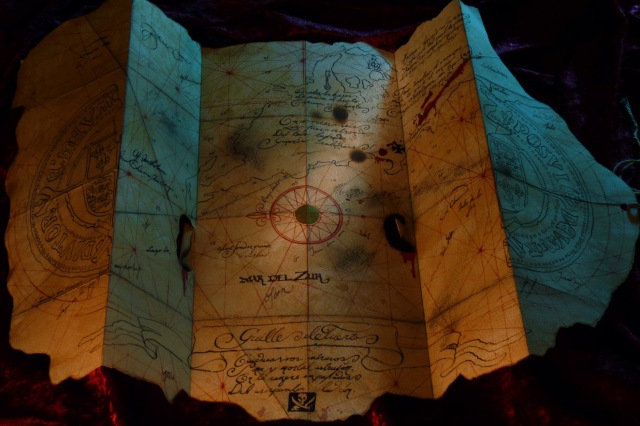 The dispute in the main proceedings

In the litigation, a legal person presented before the competent national administrative authority (Instituto da Segurança Social, I.P. – Centro Distrital de Braga) a request for legal aid, which was refused without further consideration since article 7(3) of the Portuguese legislation (Lei n.º 34/2004) is clear when it states that “legal persons operating for profit and individual establishments of limited liability do not have the right to legal aid”[i].

Not accepting that decision, the legal person presented an action before the national first instance court where pleaded for the unconstitutionality of the mentioned article 7(3) of Portuguese legislation (Lei n.º 34/2004) and, simultaneously, for the infringement of article 47 of the CFREU.

The court ruled against the legal person because there was a “clear impracticability” in the litigation, understanding among others that the national legislation was not unconstitutional since article 20 of the Portuguese Constitution demands concretization approaches and, for that matter, the limitation steaming from the national legislation was not compromising the Constitution’s setting since other legal mechanisms could be used by the litigator so that it could react under financial stress.

However, the national court did not mention anything concerning EU law and the interpretation national legal rules should meet under EU general principles.

The litigator did not rest with that decision and presented a constitutionality appeal to the Portuguese Constitutional Court which gave light to the decision we are now addressing, considering the national rule as contrary to article 20 of the Portuguese Constitution when the first states that legal persons operating for profit are not able to have legal aid, without minding their particular economic situation or their financial specificities[ii].

Concerning its appeal’s reasoning, the Portuguese Constitutional Court understood article 7(3) of the Lei n.º 34/2004 was unconstitutional because “the access to courts […] is an indispensible guarantee of fundamental rights protection and, as such, inherent to the idea of the Rule of Law: without prejudice of its nature of rendered dependent right and legally bind right, what is certain is that nobody – individual or legal person, national or not – can be deprived to lead his cause to appreciation before a court”[iii].

Therefore, “[t]he content of this right cannot be emptied or practically unused because of economic means’ insufficiency”[iv].

Furthermore, accepting the complete and absolute exclusion of legal persons operating for profit from the ratio and the teleology of article 7(3) of the Lei n.º 34/2004, it would take away from an whole category of subjects (that also have the right to access to courts to exercise their rights) a right that is acknowledged both by the national Constitution but also by biding international regimes of fundamental rights/human rights’ protection, to which Portugal is bound. In this sense, the Constitutional Court states that an evaluation about the legal person’s economic situation has to be made in order to prevent that there is an absolute and disproportionate lack of legal aid to all legal persons operating for profit.

We must bear in mind the final tale of paragraphs 7 and 8 of this decision in order to understand major conclusions we are going to extract.

In this particular approach, the Constitutional Court summarised the majority position under the Constitutional Court by stating that, under this understanding “[…] legal aid to legal persons operating for profit comes as dysfunctional and potentially generator of inequalities between competing companies in the same market and […] as a potential unbalancing factor for that market”[v].

In this decision, ECJ started to understand that, although article 47(3) of the CFREU seems to refer itself only to “individuals”, it does not exclude legal persons, even if taking its literal sense into consideration. In fact, “reflecting on the Chapter VI where article 47 is inserted, makes sense, systematically, to include legal persons”[vi]: in fact, in that Chapter VI we can find “other procedural principles […] which apply to both natural and legal persons”[vii]. Furthermore, since effective judicial protection was not included in the CFREU’s Chapter concerning “Solidarity”, it cannot be “[…] conceived primarily as social assistance” to understand it “[…] reserved to natural persons”[viii].

Even more, in order to set aside any doubts, the ECJ continues: despite Directive 2003/8/CE (that establishes minimum rules concerning legal aid) does not contemplate legal aid to legal persons, that does not mean that we can derive from that a general conclusion since it derives, from the scope of the Directive’s application, that it only establishes minimum rules, allowing Member States to create more favourable regimes.

In this sense, ECJ concluded that “the grant of legal aid to legal persons is not in principle impossible, but must be assessed in the light of the applicable rules and the situation of the company concerned”[ix] – by doing so, ECJ shows the company’s economic situation must be assessed, taking into consideration the criteria this court underlines in recital 54: “the form of the company […]; the financial capacity of its shareholders; the objects of the company; the manner in which it has been set up; and, more specifically, the relationship between the resources allocated to it and the intended activity”.

As stated before, “[w]ith this decision, the Court of Justice does not close the door so legal persons can be granted, under Union law, with legal aid” – however, this conclusion steams from the interconstitutionality phenomena[x]: taking into consideration “ECHR’s settled jurisprudence, which helps to interpret the CFREU’s dispositions (influenced by common Member States’ traditions and by instruments of human rights’ protection of international character, where ECHR is highlighted), ECJ derived, systematic and literally, from the CFREU, that also legal persons will be able to enjoy legal aid in situations of economic scarcity”[xi].

All these developments were taken into account by the Portuguese Constitutional Court – in fact, this Court came to the conclusion that the understanding stressed by ECJ of this effective judicial protection dimension “sets aside the idea of a necessary incompatibility between legal aid granted to legal persons operating for profit and the good functioning of competing markets, as it is the internal market”. And it goes on: “[…] legal aid does not necessarily constitutes a competition distortion factor or of favouring commercial companies; […] this cannot be considered equivalent or qualified as an aid granted by the State or derived from public financial resources which distorts or threatens to distort competition”[xii].

Still, Portuguese Constitutional Court shows a systemic worry: “It is enough to think in the hypothesis of a commercial company, Portuguese or national from another Member State of the European Union, in economic difficulties due to the violation of European Union Law, by the Portuguese State and that wants to enforce the civil liability of the latter: an absolute impossibility of discussing – it is that the sense of the legal aid request’s rejection […] – with the competent Portuguese authorities its economic insufficiency […] is contrary to article 47(3) of the CFREU and puts it in a situation of inequality towards other legal persons in parallel situation in other Member States”[xiii]. In the same sense, it uses the previous syllogism to avoid a discrimination of legal persons domiciled in Portugal and pleading here. Despite not saying so, the Constitutional Court derived that sense from the need to avoid discrimination based on nationality, also a fundament derived from EU law.

As we can foresee, the Portuguese Constitutional Court had an impressive approach on the matter, using EU law to reinforce its position, especially to undermine previous jurisprudence of that same Court in the opposite sense. However, as we were able to derive, EU law was called upon the discussion concerning the possibility of distorting or not the competition in the internal market and, especially, appearing as a state aid, in the sense of article 107 of the TFEU.

The litigation was quite similar to the one posed before the ECJ in the DEB Deutsche case. However, after using the settled jurisprudence, the Portuguese Constitutional Court derived new approaches and understood, in the underlying context of that ECJ’s decision, something absolutely innovative concerning legal aid not being seen as a mean to distort competition and, furthermore, not appearing as a state aid.  However, since it is a complete new approach, the Portuguese Constitutional Court should have presented a preliminary ruling to the ECJ in order to fully fulfil the integration purpose preliminary ruling brings…

By not doing so, the Portuguese Constitutional Court still does not really understand how and when has to refer to the ECJ – and the case only posed an interpretative preliminary reference… Therefore, in an issue of fundamental rights’ protection, a Constitutional Court was not able to refer – this means that there is still some unfamiliarity concerning how nowadays European judicial mechanisms work. Creating new schemes and procedural solutions would only import new problems to an old discussion.

Nonetheless, ECJ’s Annual Report shows Portuguese preliminary references are increasing[xiv] – and we must enjoy this reality instead of creating and setting a new mean of disturbance, such as a fundamental rights’ protection mechanism of appeal…

Furthermore, it is quite impressive seeing the Portuguese Constitutional Court to approach EU Law in such an innovative way – however, it would be greater if a preliminary ruling was made concerning those potential distortions in the internal market and in free competition, so that all Member States could enjoy from new developments in understanding effective judicial protection and, especially, legal aid, namely when it comes to legal persons operating for profit.

(The author’s full text on this theme will be published in the next edition of UNIO – EU Law Journal).