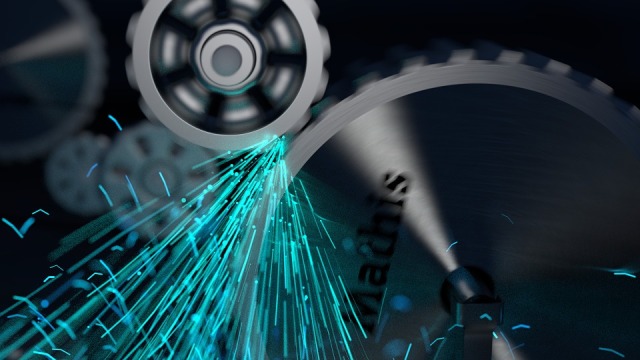 The transposition of the Private Enforcement Directive: a critical perspective

On 26th November 2014 the Directive 2014/104/EU of the European Parliament and of the Council on certain rules governing actions for damages under national law for infringements of the competition law provisions of the Member States and of the European Union was approved. That directive, usually called Directive Enforcement, has to be transposed into national law by Member States until the 27th December 2016 (Article 21).

In Portugal, the National Competition Authority (Autoridade da Concorrência – AdC) entity in charge of preparing the transposition, presented, on the 22nd June 2016, the last proposal of a preliminary draft[i] for the transposition, which resulted from a process of public discussion.

Here, I intend to draw attention to some aspects that could be improved in the proposal.

Article 2 of the proposal gives the definition of cartel as “the agreement or concerted action between two or more competing companies which aims at coordinating their competition behaviour in the market or influencing the relevant competition standards through acts such as, namely, fixing or coordinating the prices of acquisition or sell or other conditions of transactions, including in relation to rights of intellectual property, attribution of production or sell quotas, sharing markets and clients, including the concertation in auctions and public procurements, restricting importations or exportations or conducting anti-competitive acts against other competitors as prohibited by Article 9 of the Law nº. 19/2012, of 8th May, and if applicable by Article 101, TFEU”.

The inclusion of the notion of cartel in this preliminary draft, a typical infraction of the competition law, is at first unnecessary, given that such infraction is well defined in Article 9, LdC. Not only is it unnecessary, but it is also counterproductive once the characterisation of cartel is different from the notion in Article 9. That alone may provoke useless and pointless interpretation doubts.

Article 2 of the proposal also provides for the definitions of other concepts that may bring some problems, such as extra-judicial settlement and final decision, but I would like to point out the definition of pre-existing information. According to that article, pre-existing information is “evidence that exists irrespective of the proceedings of a competition authority, whether or not such information is in the file of a competition authority”.

One other provision I consider problematic is article 3 (1) of the proposal writing is substantially different from the writing of the article of the directive. While Article 3(1) of the directive states that any “natural or legal person who has suffered harm caused by an infringement of competition law is able to claim and to obtain full compensation for that harm”, Article 3(1) of the proposal states that “any legal person who commits an infringement of competition law is obliged to pay an indemnity to those who were injured because of that infraction”.

Well, it is different to say that the harmed ones have right to compensation or that the infringers are obliged to compensate the damages. In this case, the writing of the directive seems more appropriate because in fact the obligation to compensate only exists if, besides the infraction, the remaining elements of liability are proved, namely the damages and the causal link. Therefore, it cannot be said that the infringers hold a direct and immediate obligation of paying compensation. It is more adequate to say that  those who have suffered harm are entitled to compensation.

Furthermore, Article 7(1) of the proposal states that “the declaration of the existence of an infraction of competition law by the Authority of Competition through a definitive decision, or by a court of appeal through a final judgment, constitutes irrefutable presumption of the existence, nature and material, personal, temporal and territorial scope of such infraction for effects of the respective action for damages”.

This provision enshrines, to a certain extent, an enlargement of the range already envisaged in Article 16(1), of the Regulation 1/2003. In the proposal, the choice is for the concept of irrefutable presumption, what I believe is correct. The legality of Article 16(1) of the Regulation 1/2003 was already challenged in the CJEU, namely its compatibility with Article 47, CFREU.

Indeed, one could ask if, when a court is prevented from appreciating the existence of an infraction, the right of effective judicial protection is being somehow limited, as the party is not allowed to defend his/herself on what the practice of the infraction is concerned since it is considered an established fact.

The Court of Justice addressed that question, clarifying why Article 16 of the Regulation does not violate Article 47 of the Charter (Judgment Europese, C-199/11, of 6th November 2012).

The situation is different in paragraphs 2 and 3 of this Article:

“3 – The declaration by court of appeal of other Member State of the Union, through a final decision, of the existence of an infraction of the competition law constitutes refutable presumption of the existence, the nature and the material, personal, temporal and territorial scope of such infraction for effects of the respective action for damages”.

That means that in a typical action for damages based on the infringement of competition law, the infraction is presumed and the burden is on the defendant(s) to demonstrate that, notwithstanding a previous conviction, the other liability requirements do not exist.

The problem here relies on the fact that not all the national authorities of the 28 Member States have the same autonomy and independence our own has and in not all the countries the nature and wide of the appeal of those decisions is absolute, namely, not all have a full jurisdiction appeal. As a consequence, conferring to the decisions the force of refutable presumption (in such case the conclusion will be in general very difficult) may conflict with the right to effective judicial protection, specially because the refutability is very difficult.

Finally, it is important to emphasise an apparent contradiction between Article 1(1) of the project and the writing that it proposes to the new Article 112(4) of the Lei de Organização do Sistema Judiciário (LOSJ). Article 1, which has the epigraph “object and scope of application”, refers clearly that “[t]he current act establishes rules concerning claims for compensation based on infringements of the competition law”.

It seems that there are no doubts that the statue encompasses exclusively actions for damages, which is provided for in this article on its object.

It occurs that, besides the proposition to add a paragraph 3 to Article 122, of LOSJ, which regulates the actions for damages, it is also proposed to add a paragraph 4 in which the competence attributed to the Court of Regulation, Competition and Supervision/Tribunal da Regulação, Concorrência e Supervisão (TRCS) would embrace “all other civil actions”. That means that the law goes beyond and has a broader object than it defines itself (the actions for damages based on infringements of the competition law).

Regarding the specialisation of the courts, the reasons that substantiate the proposal of amendment in the competence of the TCRS are in theory and in abstract valids. Yet, when we analyse in practise the impact of the proposed new competence, it is possible to conclude that the reasoning is rather theoretical.

In fact, looking at the analysis of the amendments proposed on the competence of the TCRS, it is relevant to consider that, notwithstanding the possibility of standing a single specialised court to a part of actions and litigation related to competition law, there is still a large amount of cases, I would say, the majority, which stays away from the specialisation.

I’m talking about the cases in which the cause of action is not uniquely the infraction of the competition law as well as the case in which the competition law is invoked in the defendant pleading, i. e., most of the pending cases in our courts. On the other hand, there is still a considerable amount of cases that will remain in the administrative courts where the private enforcement actions have been increasing.

About the competence of the courts, it should be noted that it is not established the attribution of competence of the TCRS to the measures of preservation of the means of proof which are stated in Article 17 of the proposal. As we know that the competence of “specialised” courts is solely the one written in law, with the residual jurisdiction belonging to the local division for civil matters (secções locais cíveis), it would be advisable to add this competence in paragraph 3 so that potential conflicts of jurisdiction are prevented.

The final note relating to the courts relates to the different solution according to the different instance courts.Currently, in first instance there is only specialisation for public enforcement. The decisions of the AdC are subjected to appeal to the TCRS and the appeal from its decisions are lodged in the Tribunal da Relação de Lisboa (Court of Appeal) where they are distributed always to the same criminal division. In turn, the remedies against the decisions rendered by the Tribunal da Relação de Lisboa lodged in the Supremo Tribunal de Justiça (Supreme Court) are always distributed to the same criminal division, pursuant Article 54 and 74 of LOSJ.

The proposal introduces amendments that I consider incoherent and that do not contribute to the specialisation of high courts.

The proposal of writing of the Article 67, LOSJ is: “until the installation of the competition, regulatory and supervision division, the actions referred to in Article 112 are always distributed to the same division”.

In what concerns the Supremo Tribunal de Justiça, it derives from the proposal that the choice is for a specialisation in two different dimensions: private enforcement (civil) on one hand and public enforcement (administrative offence suits) on the other.

The different writing of this article in comparison with the proposal for Article 54 does not allow other interpretation, namely, it does not allow to understand that the intention is to split the administrative offence cases and the civil cases and to attribute the competence to the first ones to a criminal division and to the second ones to a civil division.

It seems to be in question not only the coherence of the system but also the real specialisation of the high courts.

(The author’s full text on this theme will be published in the next edition of UNIO – EU Law Journal).

[i] The document can be found on: http://concorrencia.pt/vPT/Noticias_Eventos/ConsultasPublicas/Documents/Private%20Enforcement%20-%20Anteprojeto%20private%20enforcement.pdf .