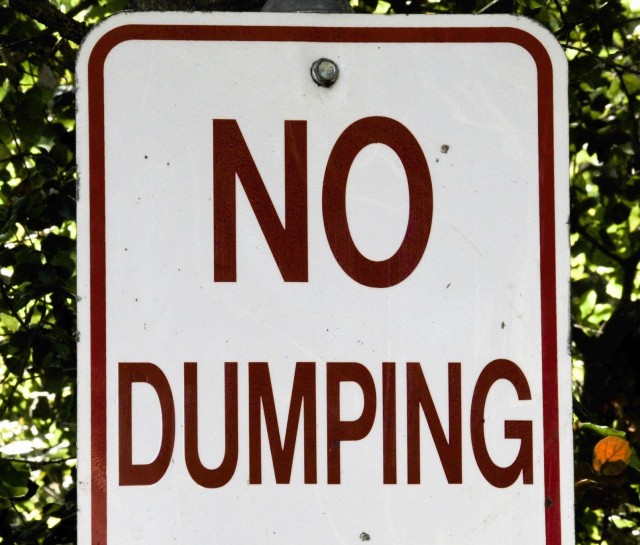 The term dumping is associated with competition law and trade policy of the European Union (EU). It takes place when an exporter in a third country sells a particular product into the Union market at a price below its own market price provoking damages to the EU’s industry, which is demonstrated through an investigation procedure currently governed by Regulation (EU) No 2016/1036 of the European Parliament and of the Council.

Dumping is the result of the globalization of international markets, of predatory pricing by exporters that contaminate the internal market and the EU industry, therefore claiming action by the European institutions, Member States and entities such as OLAF (European Anti-Fraud Office), culminating in provisional or definitive anti-dumping duties as a means of counteracting this unfair commercial practice and protecting the interests of the EU industry in relation to the same or similar product. It is in this context that anti-dumping measures on such imports arise within the European Customs Area thus addressing the adverse effects of Dumping to which Regulation No 2016/1036 concerns.
EU interventions in this field are constant, both at regulatory and supervisory levels, based on Article 207 (1) of the Treaty on the Functioning of the European Union (TFEU).

There have been several international efforts towards these trade practices and protective measures to eliminate them, notably the General Agreement on Tariffs and Trade (GATT), created in 1947, announcing the guidelines for countervailing and anti-dumping measures under the “supervision” of the World Trade Organization (WTO).

Following GATT, the aforementioned Anti-Dumping Agreement (ADA) was subsequently introduced in 1994, setting out in detail the procedures and duties with regard to the imposition of measures.

Article VI of the GATT 1994 and Article 2 (1) of the Agreement on Implementation of Article VI of the GATT 47 (ADA) define dumping as the introduction of a product in the internal market at less than its normal value. Thus, a given good/product may be considered as dumped whenever the export price of the same product is lower than its normal price.

This denomination (dumping) was maintained in 2016 in the aforementioned Regulation (EU) 2016/1036 on protection against dumped imports from countries not members of the European Union.

Regulation No. 2016/1036 repealed Regulation No. 1225/2009, at the same time codifying it and its successive amendments, as well as transposing the provisions of the 1994 Anti-Dumping Agreement (ADA), laying down specific rules, in particular as regards the calculation of dumping, initiation and conduction of the investigation (including the establishment and treatment of facts), creation of provisional measures, imposition and collection of anti-dumping duties, the duration and the review of anti-dumping measures and the disclosure of information concerning anti-dumping investigations .All in order to ensure a fair and transparent enforcement of the regime of the 1994 Anti-Dumping Agreement.

It should be noted that Article 9 (1) of the ADA provides that the value of the anti-dumping measure may be lesser than the dumping margin if it is considered adequate to remove the injury caused, the so-called “lesser duty rule”. The application or enforcement of the lesser duty rule depends on the investigating authorities, namely the European Commission.

Dumping lies in an increasingly aggressive and predatory competition, claiming anti-dumping measures as a way to restore normal and healthy competition in the internal market. Accordingly, anti-dumping measures remain in force only for the period and to the extent necessary to counteract the injurious dumping [see Article 11 (1) of Regulation No 2016/1036 and Article 11 (3) of the ADA of 1994], the so-called Sunset Review clause.

At EU level, a definitive anti-dumping measure will expire five years after its inception or five years from the date of the conclusion of the most recent review which covered both dumping and injury, unless it is determined in a review that expiry of the measure could lead to a continuation or recurrence of dumping and injury [see Article 11 (2) of Regulation No 2016/1036].

The anti-dumping duties are imposed by regulation and collected by Member States in accordance with the shape, rate and other criteria laid down in the regulation imposing such duties. These duties are also levied independently of customs duties, taxes and other charges normally due for importation. This ensures that no product is subject to both anti- dumping and countervailing duties intended to correct the same situation as a result of dumping or export subsidies.

In order to assess the existence of dumping , its extent and the effects of such unfair commercial practice, it is for the Commission to first assess whether there is evidence of its practice by initiating an investigation governed by Articles 4 to 10 of the above Regulation No 2016/1036, which is initiated by the submission of a written complaint to the Commission (or to a Member State transmitting it to the Commission), by any natural or legal person, as well as by any association which has no legal personality acting on behalf of the Union industry.

Following the initiation of proceedings, the Commission shall initiate the Union-wide investigation in cooperation with the Member States. This investigation concerns dumping and injury, which are investigated at the same time (see Article 6 of Regulation No 2016/1036).

The party is entitled to the adversary and is granted 30 days to reply, which may be extended, taking into account the time limits set for the investigation and provided that the party shows due cause in terms of special circumstances for this extension.

The Commission may request Member States to cooperate, to provide information and to carry out all necessary verifications and inspections, in particular of Union importers, traders and producers, and to carry out investigations in third countries, provided that the firms concerned give their consent and the government of the country in question, officially notified, raises no objection.

As provided by Article 6 (5) of Regulation No 2016/1036 interested parties who have made themselves known [pursuant to Article 5 (10 )] shall be heard if they so request in writing within the period set in the notice published in the Official Journal of the European Union, demonstrating that they are interested parties likely to be affected by the outcome of the proceedings and that there are particular reasons why they should be heard.

In accordance with the 37th Annual Report from the Commission to the European Parliament and the Council on EU anti-dumping and safeguard activities, dated 27.03.2019, it appears that at the end of 2018, the Commission imposed 93 definitive anti-dumping measures, in addition to another 27 on previous cases that were extended. These measures cover mainly products from China (85).

The main products subject to this practice are currently iron, steel, chemical industry, metal products, mechanical engineering and the wood and paper sector.

The EU, as it turned out, keeps its attention on these practices by protecting its market from them through “protective” measures – anti-dumping duties – while creating mechanisms that guarantee the adversarial and the defence of injured parties in fair and equitable proceedings, as laid down in Regulation No 2016/1036, and access to effective judicial protection guaranteed inter alia by the TFEU.

Picture credits: No dumping… by PublicDomain.