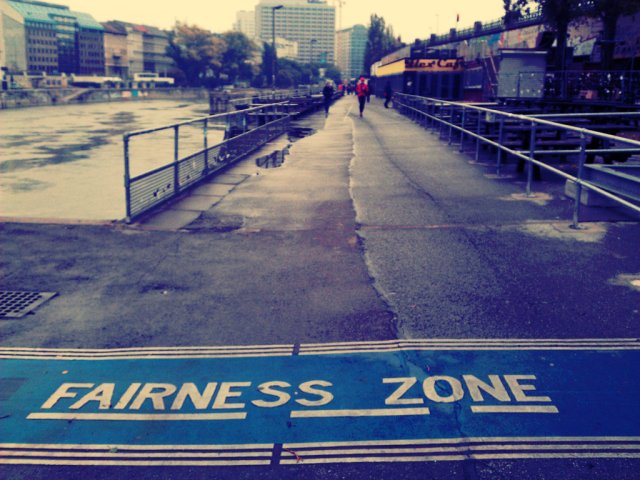 In this decision, the Court of Justice reasoned based on Article 2 TEU (concerning the values of the EU), Article 4 (3) TEU (principle of sincere cooperation) and Article 19 (1) TEU, emphasising Article 19 (1) TEU as a “concrete expression to the value of the rule of law stated in Article 2 TEU” and acknowledging the integrated nature of the EU judiciary system – composed both by ECJ as EU organic court and national courts as EU functioning courts.

But when we thought the Court of Justice had already enough developed effective judicial protection, we are surprised with the LM judgment (case C-216/18 PPU).

This decision, issued on the July 25th 2018, was developed under a preliminary reference made in order to interpret the limits concerning the enforcement of three European Arrest Warrants. They aimed at arresting and surrendering LM to Polish authorities for the purpose of conducting criminal prosecutions (concerning trafficking in narcotic drugs and psychotropic substances).

LM was found in Ireland and before the Irish competent court, he informed he did not consent its surrender to Polish authorities because it would submit him to a “real risk of a flagrant denial of justice”, as recent legislative reforms in the Polish legislative system would denial him a right to a fair trial (paragraph 16). In fact, on the same topic it was delivered a reasoned opinion by the European Commission that showcased there was not, in Poland, an independent and legitimate constitutional review system and that ordinary judiciary was experiencing some threats to its independence.

The Irish court referred to the Court of Justice in order to understand how it could interpret the Framework Decision so it might not enforce the European Arrest Warrant – setting aside apparent consolidated jurisprudence relating to the non-execution of an arrest warrant, namely in cases of real risk of inhuman or degrading treatment because, in the concrete case, the problem concerned one of the dimensions to an effective judicial protection, in casu, the right to a fair trial before an independent court. In fact, the referring court established that it was evident to it the issuing Member State’s judicial system was “no longer operating under the rule of law” (paragraph 25).

By deciding this preliminary reference, the Court of Justice had the opportunity to further elaborate on the nature of the independence of courts as a fundamental right, namely on the right to a fair trial before an independent court as determined under Article 47 (2) CFREU.

In essence, the Court of Justice decided to answer both preliminary references as one, aiming at interpreting, “in essence, whether Article 1 (3) of the Framework Decision 2002/584 must be interpreted as meaning that, where the executing judicial authority, called upon to decide whether a person in respect to whom a European Arrest Warrant has been issued for the purposes of conducting a criminal prosecution is to be surrendered, has material, such as that set out in the reasoned proposal of the Commission adopted pursuant to Article 7 (1) TEU, indicating that there is a real risk of breach of the fundamental right to a fair trial guaranteed by the second paragraph of Article 47 of the Charter, on account of systemic or generalised deficiencies so far as concerns the independence of the issuing Member State’s judiciary, that authority must determine, specifically and precisely, whether there are substantial grounds for believing that the individual concerned will run such a risk if he is surrendered to that State. If the answer is in the affirmative, the referring court asks the Court of Justice to specify the conditions which such a check must satisfy” (paragraph 34).

This shows how the Court of Justice was willing to deepen the right to a fair trial before an independent court as a fundamental right under Article 47 (2) CFREU – delivering this LM decision as a complementary and symbiotic jurisprudence to reference to ASJP decision.

Furthermore, it has the opportunity to show us that effective judicial protection is both a general principle of EU law [under Article 19 (1) TEU] and a fundamental right (under Article 47 CFREU) since it appears as two faces of the same coin.

Departing from the principles of mutual recognition and reciprocal trust – the cornerstones of the area of freedom, security and justice –, the Court of Justice remembered that, based on the principle of sincere cooperation, the European Arrest Warrant should be fulfilled and the enforcement entity should follow the general rule (derived from the principle of EU law effectiveness) of executing the arrest warrant. In this sense, the Court of Justice established that “the refusal to execute is intended to be an exception which must be interpreted strictly” (paragraph 41).

The following step in the Court of Justice’s reasoning is to assess if there is a real risk of violation of the fundamental right to an independent court likely to allow the executing judicial authority, on exceptional grounds, not to proceed with the execution of the European arrest warrant. In this sense, in an evolving and complementary approach to ASJP, the Court of Justice seeks to densify effective judicial protection as a fundamental right and, particularly, its dimension of the right to a fair trial before an independent court. Recalling ASJP, the Court of Justice shows “the European Union is a union based on the rule of law in which individuals have the right to challenge before the courts the legality of a decision or other national measure relating to the application to them of an EU act” (paragraph 49). Therefore, it is up to national courts and the Court of Justice of the European Union to guarantee an effective judicial protection of individuals’ rights derived from the EU legal order (paragraph 50). This will only be possible if judicial independence is maintained since it is “essential to the proper working of the judicial cooperation systems embodied by the preliminary ruling mechanism” (paragraph 54).

Therefore, since the European arrest warrant aims at creating a simplified system of direct surrender between Member States, all national judicial authorities involved have to be independent; otherwise, it does not meet the needed trust and the grounding in which the European arrest warrant is based would be undermined by subverting EU primary law effectiveness, namely by not truly accomplishing article 47 (2) CFREU and Article 2 TEU. Therefore, the existence of an actual and real risk, to the person concerned by the European arrest warrant, of a violation of his / her fundamental right to a fair trial before an independent court is able of allowing the executing judicial authority to refrain, as an exception, from giving effect to that European arrest warrant. In order to assess the real risk of this fundamental right violation, the executing authority must take into account the material that is objective, reliable, specific and properly updated that can show the issuing Member State’s legal order does not meet the proper requirements.

We end as we started – 2018 is a great year on effective judicial protection jurisprudence. In fact, taking into consideration ASJP and LM decisions, we are able to understand effective judicial protection general principle and fundamental right are two complementary notions that are built, settled and will continue to grow in a systematic perspective.  As two faces of the same coin, the general principle was only derived systematically from the principle of sincere cooperation because the Court of Justice wanted to promote, in the European Union context, the protection of fundamental rights.

The combined reading of these two decisions on judicial independence shows that jurisprudential densification of the general principle of an effective judicial protection under Article 19 (1) TEU plays a role in giving concrete form to the equivalent fundamental right enshrined on Article 47 (2) CFREU.

It is perhaps the proper moment to advance that both dimensions created not only a complementary relation but, eventually, a symbiotic one: in fact, in the LM judgement, the Court of Justice not only supports its reasoning in the previous ASJP judgment but it also uses it to make a qualitative leap – to show that, in a Union of Law, the formal execution of a European arrest warrant cannot be observed when the executing court finds that its conditions (such as the existence of common values) are not met as this would undermine the reciprocal trust and mutual recognition in which this mechanism is based.